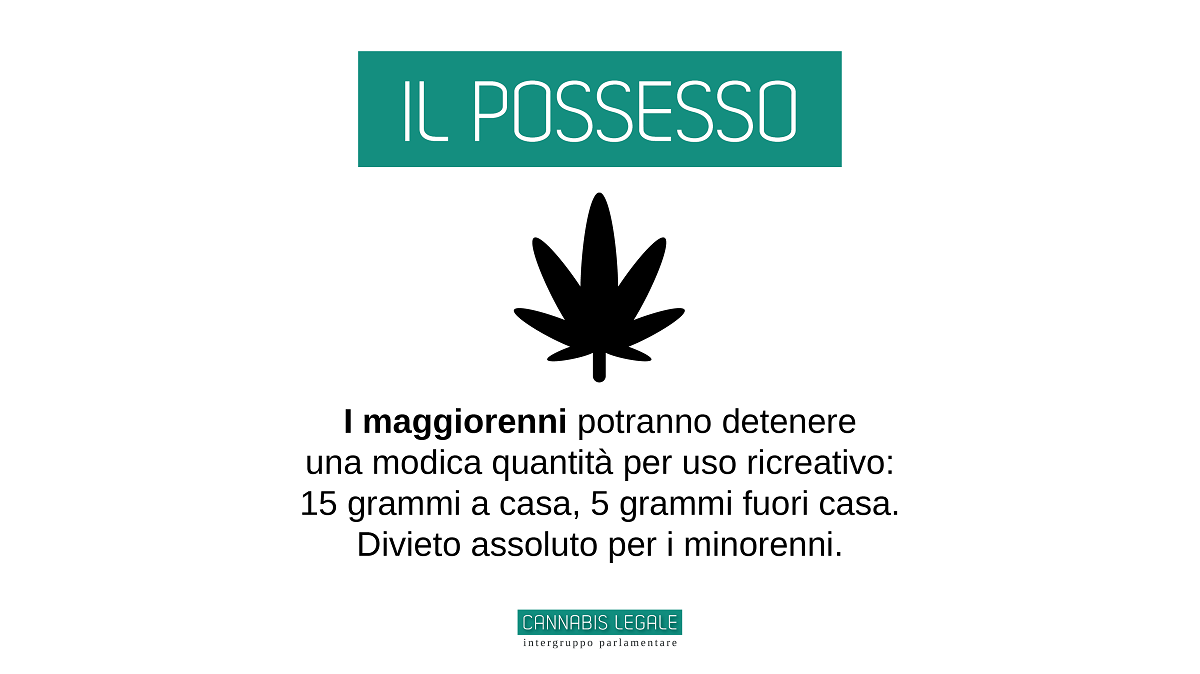 The Italian Parliament might soon address the failure of the war on drugs: earlier today, a joint committee MPs has presented a bill that proposes cannabis legalization.

The committee – called “Legal Cannabis” – is made of 218 deputies and senators – a significant number, considering that the total numbers of Members of Parliament amounts to 945.

It is a proposal that represents a strong change from the policies of the past quarter century, which were strongly repressive towards consumers – in particular with the 2006 Fini-Giovanardi law, later considered unconstitutional and repealed.
According to a Ipsos poll (commissioned by the Committee), the proposal would get broad consensus: 73% of Italians are in favor of the legalization of cannabis, including conservative voters (the latter with numbers slightly above 50%.)

The bill is the starting point for a comprehensive law that is based on three pillars: possession and consumption, trade, therapeutic use.

Here are the main points.

Possession
Every adult person may hold up to 15 grams at home and can carry up to 5 grams, also for recreational purposes. The absolute prohibition for minors stays, as well as drug dealing.
Home cultivation will be allowed: every individual can have up to 5 plants, prior authorization by the agency in charge. In this regard, the privacy law would need to be modified to include greater protection for this kind of information.
There will be also the possibility to create Cannabis Social Clubs: groups of up to 50 adults (no minors allowed) who can grow marijuana in association, on a non-profit base, for a total of 250 plants.

Sale
People will be allowed to grow, process and sell cannabis (retail). For all these options, a special license will be provided. Import and export will remain prohibited.

Therapeutic consumption
Self-production will be granted, as well as facilitated procedures to buy medicines based on cannabis.

Other relevant aspects of the law include the prohibition on smoking in public places or even open to the public (eg. in the parks) and the fact that 5% of the proceeds from cannabis legalization will go into the fund for the fight against drugs, and will be used for educational campaigns.

The goal of the law is to overcome the system of criminalization of the consumer, but also to take away money from the organized crime, directing it instead into the government budget. This will help the country’s economy, boosting various sectors (agriculture , trade, etc.) related to the chain of production, processing and consumption.

“We are sure that the law will be approved in this legislature,” said the committee’s spokespeople.