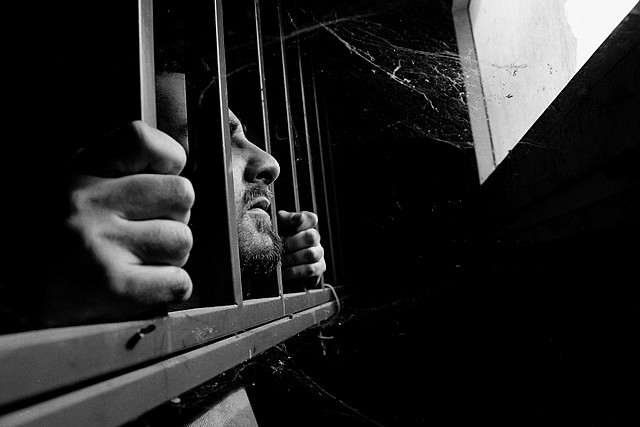 Yesterday, the Italian Chamber of Deputies approved the creation of an Investigative Committee on the Identification and Expulsion Centres, or IECs (“Centri di Identificazione ed Espulsione” in Italian).

The Committee’s listed goals include “assessments on the living and housing conditions of the migrants and the efficiency of the sheltering structures along with enquiries on hypothetical illegal practices and actions against fundamental rights and human dignity; the overseeing and monitoring of the procedures for management concession of the centres, the evaluation of the actions of the authorities appointed to the control of the centres, of the thoroughness of the migrants identification written records along with an assessment on the sustainability of the system itself from an economic standpoint, and also as regards new possible and viable legislative solutions for a better management of the immigration situation.“

As our President Patrizio Gonnella stated:

The internment of people guilty of no other crime than being an immigrant, is a judicial quagmire. Furthermore, when people are detained in plain disrespect of their dignity, it becomes an intolerable practice for a democracy. This is why I welcome the creation of this Investigative Committee by the Chamber of Deputies.

We hope it will investigate on biographies, that it will conduct enquiries on the presence of people that should not be detained and on physical abuse. We have visited several IECs and we are ready to give our contribution to achieve full disclosure of the information regarding IECs, so that their management becomes more and more transparent.

This is certainly good news, after the crisis in Tor Sapienza. This means that people are aware that IECs and CARAs are places of inhumanity.
The 2013-bis European law (adopted in Italy with the Bill n. 161/2014) has reduced the maximum period of detention of a foreign citizen in an IEC to 90 days.
As CILD, we hope that this is the first step on the road of restoring the dignity of the people who migrate to our country. On this matter, a vital role is being played by the LasciateCIEntrare campaign, coordinated by our vice-president Gabriella Guido.

Italy has several types of facilities dedicated to the reception and detention of immigrants. These facilites can be divided into three categories:

The Identification and Expulsion Centres (IEC), formerly known as Centres for Temporary Reception and Assistance (Centri di permanenza temporanea ed assistenza, CPTA), are facilites for the detention of foreign citizens with pending deportation dispositions regulated by article 14 of the unified rules and regulations code on immigration (D.Lgs. 286/1998).

The reasons behind the issuing of an order of detention, which needs to be validated by judicial authorities, are the following: the foreign citizen is in need of immediate assistance, further assessment on his identity or nationality; or the acquisition of his travel documents is needed; or the validation of his documents is pending; or the use of a vector or other means of transportation is unfeasible or unavailable.

The Identification and Expulsion Centres are facilities designated for mandated detention. The acronym IEC has become synonym with a place where personal freedom is taken away, for citizens of countries outside the European Union and the illegal presence of police officers.

These citizens are waiting to be sent back to their countries even though they never committed any crime that requires them to be held in custody. This happens in most of the countries of the European Union.

Mandated detention has a long history in Europe: the “treaty of Schengen” (issued in 1985, even though Italy adhered to it later) marks a structural change of this history, by allowing the free movement of citizens of member States. However, all countries abiding by this treaty must devise specific instrument to identify individuals who are not entitled to this right.

Along the years, the number of IECs has increased and, with the application of the measures in the so-called Bossi-Fini Law, the maximum detention time was increased to 60 days. Despite this, IECs are not “more efficient” today in repatriating recipients of deportation decrees. On the contrary, its efficiency has decreased, while the allegations of violations of human rights towards the migrants has sky-rocketed.

Today, the operative IECs are largely located in suburban areas far away from the cities, with the oppressing presence of iron bars on windows and surveillance devices, with critical social and health-related conditions, with frequent outcries and allegations of physical abuse and violence.