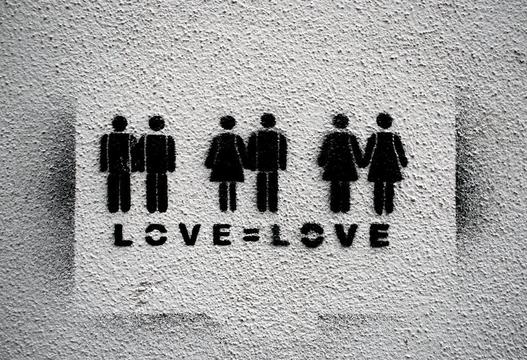 In July 2015, the team won a historic judgment in the case of Oliari and Others v. Italy from the European Court of Human Rights, which ruled that the Italian judicial system does not provide for the rights of same-sex couples, and that this constitutes a gross violation of the fundamental human right to respect for private and family life.

In other words, through the Oliari decision, the court held that Italy should grant legal recognition to same-sex couples, thus urging its government to implement a law on civil unions (which was eventually passed, however in an imperfect, incomplete version with no provisions being made for so-called “stepchild adoption”; the Supreme Court of Cassation subsequently upheld a lower court’s decision in favour of stepchild adoption in May 2016).

This is why, last year, we decided to acknowledge the extraordinary commitment of the team behind the Oliari case by awarding them the CILD Award for civil liberties.

1) What has happened in the 12 months since the CILD Awards?

Mr Schuster: For once, Italy sprang to action in a relatively timely fashion. I think it is important to note that the Oliari decision set the government and the Parliament into motion, and not by coincidence. Today we have a law on civil unions that essentially grants same-sex couples the same rights and duties as heterosexual married couples, although there is no mention of the word marriage, which is still discriminatory. At least in this case, international laws have established something that we had been waiting for since the Constitutional Court ruling of 2010. And for such a radical reform, which also regulates cohabitation, it all happened rather quickly.

Ms Gallo: Together with our colleague Gianni Baldini, we sponsored the legal action on the constitutionality of Article 3, subsections 1, 2 and 3 of Law 40/2004, which prohibit the use of embryos for the purposes of scientific research. In late March, the Constitutional Court declared the issue of legitimacy inadmissible.

2) What are you working on at the moment?

Mr Schuster: The Oliari case was about couples, not families with children. Minors are still without legislative protection, and our Parliament clearly preferred to let the judges determine which protections can be granted according to the principles of Italian law. This, however, means that we now have to bring individual cases before the courts so that the judges can indicate what these protections are.

In addition to this, I am very interested in the fundamental right to privacy regarding personal data. It is a seriously neglected issue in Italy, and the current juridical tools are totally inadequate.

Ms Gallo: As a lawyer and the secretary of the Luca Coscioni Association, I am working to protect the freedom of scientific research. Specifically, I am working towards a good law on surrogacy, and I am involved in a number of actions to abolish the final prohibitions of Law 40/2004; for the legalisation of cannabis and other substances; for the legalization of euthanasia; for the rights of the people with disabilities and the advancement of the right to science.

3) What are the main challenges in your profession?

Mr Schuster: In Italy, we don’t have a culture of human rights attorneys, so it’s difficult to build a financially sustainable profile if you are to keep a high standard, balancing passion and professionalism. For people with cancer, you seek out a specialist abroad; when it comes to legal counsel for your family, you seek an expert among your relatives or at a bar. At the same time, people have a hard time understanding the level of commitment and professionalism that high-quality legal assistance requires. Since it is not a matter of individual pilot cases, but more of a general attitude, the challenge for me is to give people a better understanding of what is at stake, and of the great results that can be achieved when you seek qualified counsel. And I think that if we can build a culture of protecting fundamental rights, there is hope that someday in Italy we will have an NGO with the abilities and the resources to protect the many violations of human rights that we all witness on a daily basis.

In the meantime, we have launched the 2016 edition of the CILD Awards. Submissions end today!

Before we announce the winners, find out what the winners of the 2015 edition have been up to: we discussed hacktivism and mass surveillance with journalist Carola Frediani, and we explored the social benefits of research with the doctors who have shown that homophobia is the real disease. We also remembered the importance of learning integration at school with teacher Lucrezia Di Gregorio, and of working together against discrimination with the collective Primavera Romani.