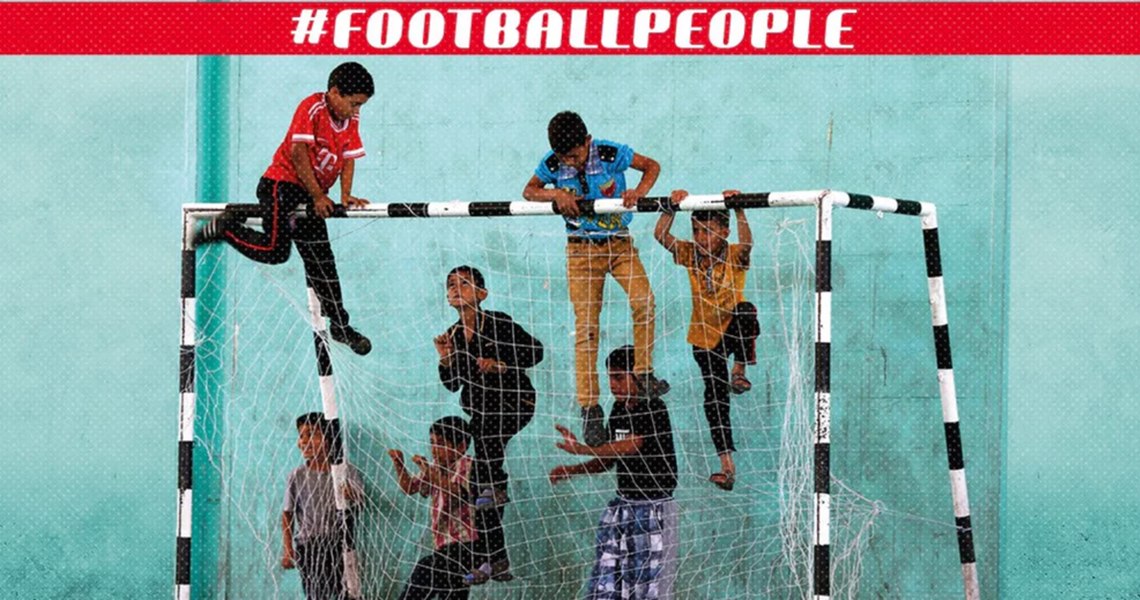 Alessandra Camporota, head of the Department of Civil Liberties and immigration of the Ministry of the Interior, Paolo Beni and Giulio Marcon, members of the Parliament, and film director Alessandro Marinelli also participated in the press conference.

At the beginning of the press conference, Alessandro Marinelli showed a preview of his documentary on Atletico Diritti, titled “Frammenti di Libertà” (“Fragments of Freedom”) and presented it to the audience.

Atletico Diritti is a very special sport club that comprises a football team and a cricket team. It is very special because its players are a mixture of detainees, former detainees, students of the University Roma Tre and migrants.The study on discrimination in football was initiated because of the difficulties that Atletico Diritti encountered during the procedures to register its migrant players to the Lega Nazionale Dilettanti (Amateur National League), a department of the Federazione Italiana Giuoco Calcio (Italian Football Federation).The report shows the differences that exist between the registration of an Italian citizen and a non-Italian citizen.

Italian citizens only need to complete an online form and, if the player is a minor under 16, present only few other documents.

However, if the player is a non-Italian citizen, things get much more complicated. There are differences between minors and adults, and EU and non-EU citizens. Non-EU citizens have to present to the Federation their residence permit, which must have an expiration date not before January 31 of the year in which the football season ends.

If a non-EU citizen is waiting for the renewal of the residence permit, it is possible to send to the Federation a receipt, which can be obtained only through a particular procedure. However, not all kinds of permits can be renewed through this procedure – for example, those who have international protection for humanitarian reasons are excluded from this procedure and it’s very unlikely that they will be allowed to play any football.

If a non-EU citizen is also a minor, his or her parents must also present their working documents and a copy of their passports. While the willingness of the Federation to protect children from exploitation and trafficking is understandable, these documents can be a burden to many families who wish to register their child to a football club.

On the other hand, the Federazione Italiana Cricket (Italian Cricket Federation) has fewer rules and accepts more kinds of residence permits, making access to cricket quite easy for everybody. The benefits of sport are widely recognized: sport helps inclusion and the development of respect and friendship among different people; through sport, it is easier to learn a new language and it is possible to relieve the stress related to difficult situations, such as fleeing from a country or poverty. Sport can’t be discriminating, or else all these values remain only on paper.

The representatives of the political world expressed their gratitude for the invitation to the press conference and their willingness to take action to reduce these bureaucratic discrimination, underlining the importance that sport assumes in promoting inclusion and friendship among peers.