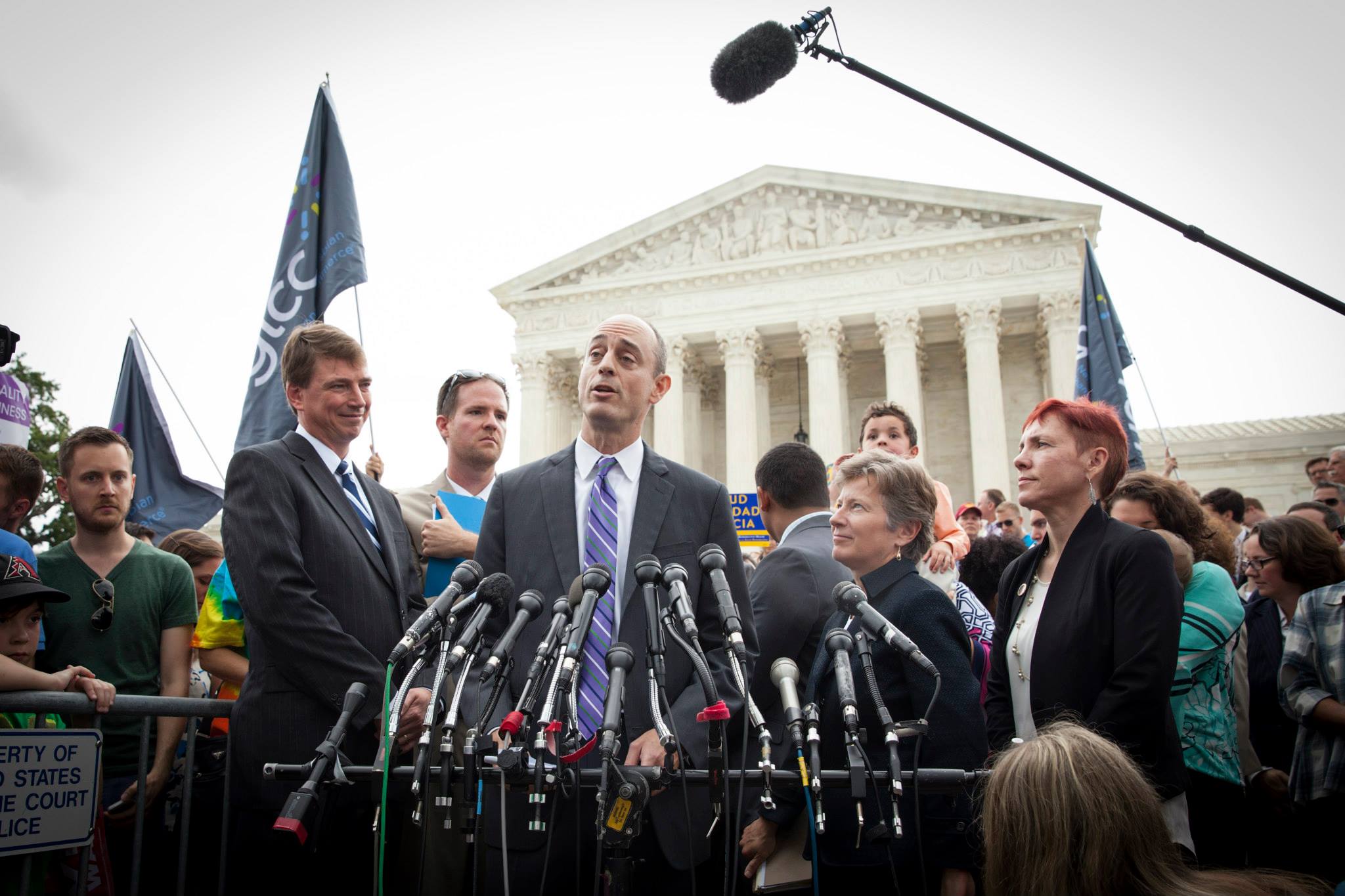 In the days of the discussion in the Italian Parliament on the Cirinnà law proposal to grant civil unions to homosexual couples, CILD is proud to welcome Mr. James Esseks, member of the LGBT community and director of the American Civil Liberties Union, to Italy to talk about the road that the USA took over the last few years to legalising equal marriage.

How do we win the battle for LGBT rights? We will discuss the topic with James, who, among other merits, managed to steer the Obergefell vs. Hodges case towards the historical ruling by the Supreme Court that grants every American citizen the right to marry.

Since 2010, James D. Esseks has been the director of the “Lesbian Gay Bisexual Transgender & HIV” program set up by the American Civil Liberties Union (ACLU), the largest American organisation engaged in the battle for civil rights. He is tasked with coordinating activities as concerns strategic lawsuits, lobbying to politicians and lawmakers, and advocacy and education, with a special focus on promoting civil rights for the LGBT community and for HIV patients. He brought the historical case for equal marriage to the Supreme Court, which in June 2015 ruled that same-sex couples had the right to get married anywhere in the United States.

Senate of the Italian Republic (Sala Caduti di Nassiriya), 3pm – “Marriage (for everyone), the American way: the judicial and political path towards civil rights”, organised alongside Arcigay.
Joining the event, senator Cirinnà, Senator Airola (M5S) and Senator Falanga (AL-A), along with Patrizio Gonnella (president of CILD) and Flavio Romani (president of Arcigay). The debate will be moderated by Alessandro Baracchini (RaiNews).

ChiAmaMilano, 8.30pm: “How do we win the battle for LGBT rights?”
Panelists: Francesca Vecchioni (president and founder of DiversityLab) and Chiara Reali (coordinator for Le Cose Cambiano).

Event organised with Rete Lenford on the role of LGBT rights advocacy. You can find out more about the extensive program of the day on the poster below.