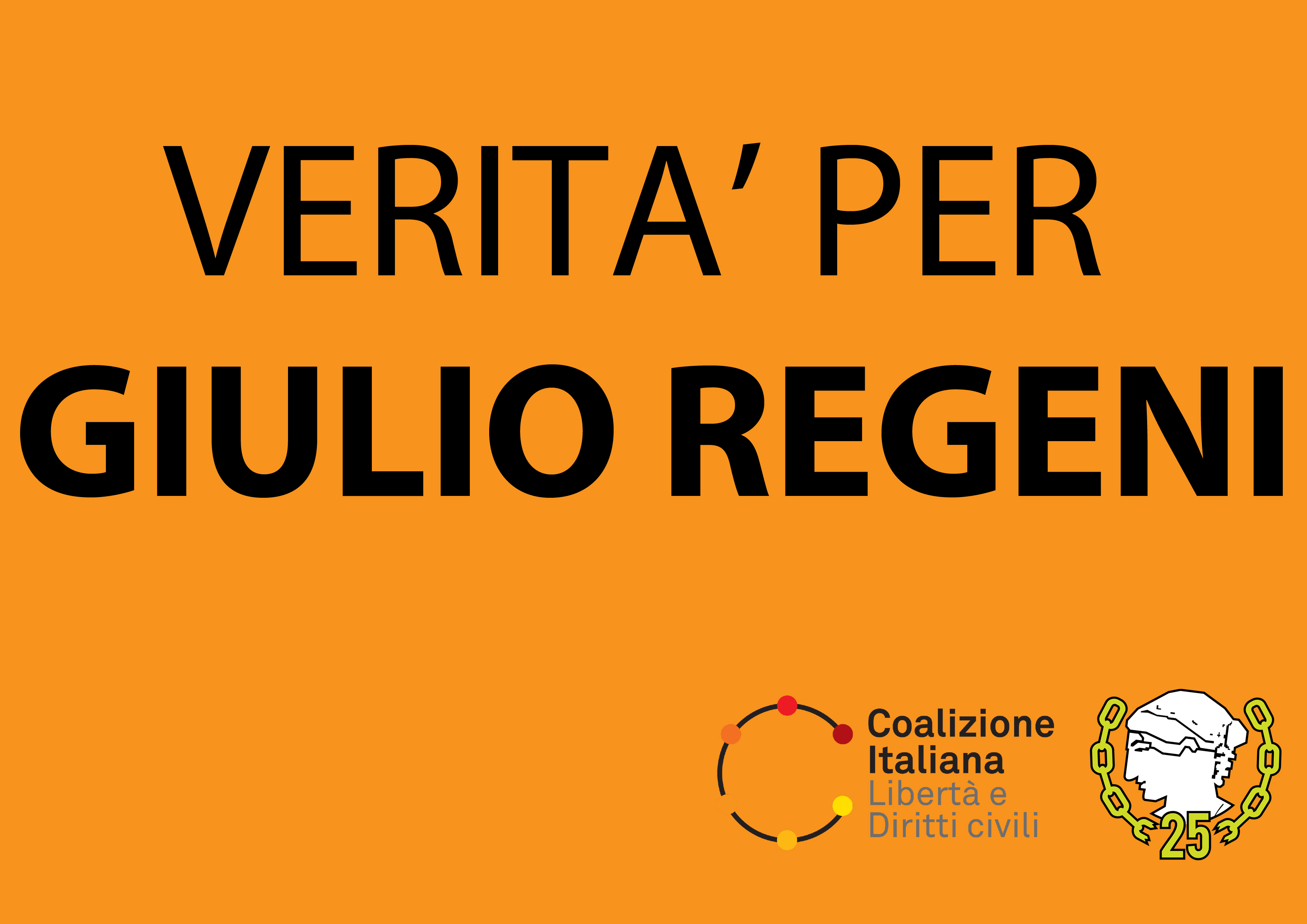 Italian researcher Giulio Regeni disappeared in Cairo on January 25, 2016, on the fifth anniversary of the uprising that ousted president Hosni Mubarak. Nine days later, Giulio Regeni’s evidently tortured body, his wounds confirmed by the autopsy, was found on a bridge over the highway connecting the Egyptian capital to the city of Alexandria.

On February 25th, exactly one month after Giulio’s abduction, we organised a sit-in, along with the association Antigone and in collaboration with Amnesty International Italy, in front of the Egyptian embassy in Rome, to show our support to the Regeni family and to raise our voices in calling for #TruthForGiulio.

“We are here both to show our support to the Regeni family and to make sure that this story isn’t forgotten. This is not just tragic news, it is also a blatant and serious violation of human rights,” said Patrizio Gonnella, president of CILD and Antigone. Riccardo Nuory, spokesperson for Amnesty International Italy, has pointed out that “it is necessary to keep the public’s attention and the pressure high on this case until we find out the definitive truth of what happened.”