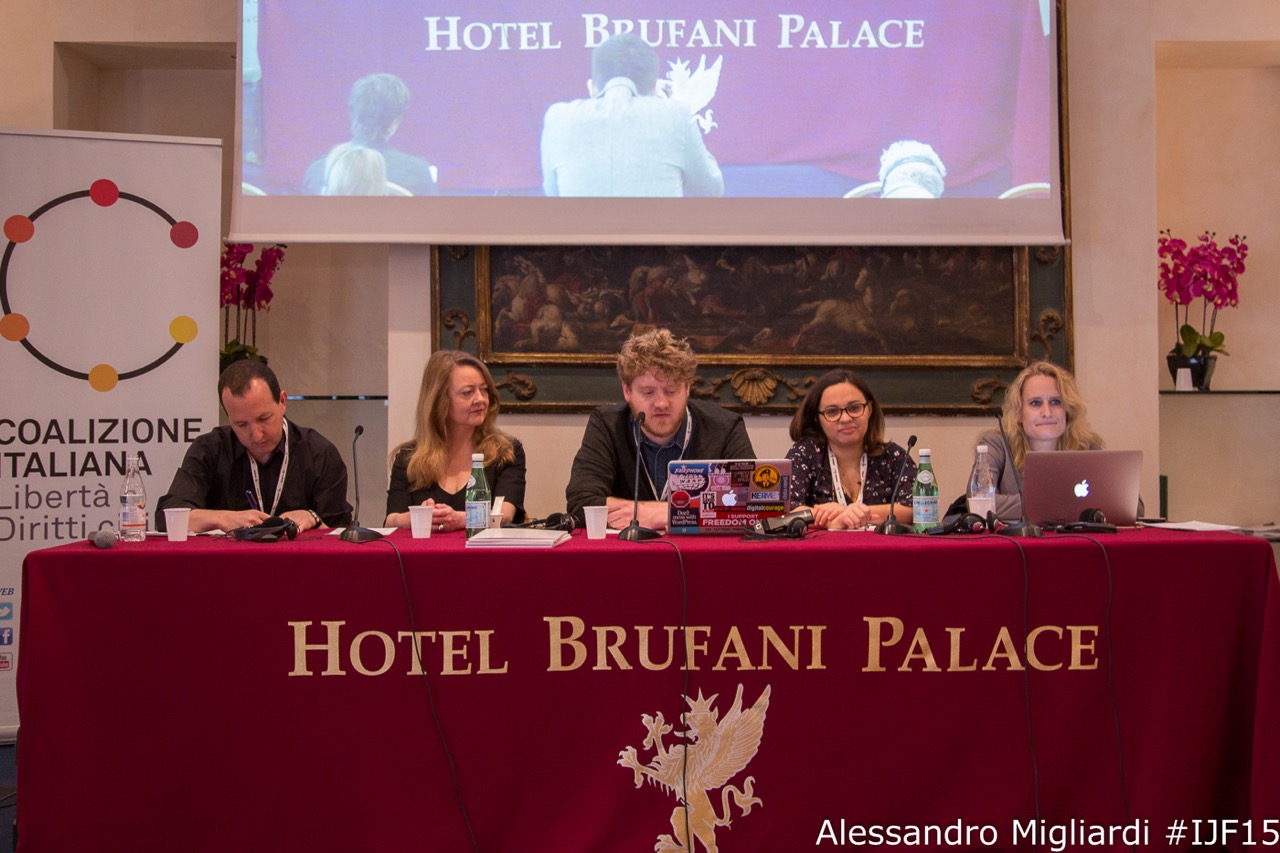 On April 5, 2010, WikiLeaks published a video entitled Collateral Murder, which contained proof that in 2007 the US government had killed Iraqi civilians and two Reuters journalists in Baghdad, and then lied about the airstrike.

It was the beginning of worldwide fame for WikiLeaks.

It was also the end of freedom for Corporal Bradley (now Chelsea) Manning, who was arrested on May 27, 2010, under several charges, and then convicted and sentenced to 35 years in prison for being the whistleblower behind that leak and other major ones. Over 90,000 classified documents, over 400,000 on the war in Iraq, over 250,000 US diplomatic cables and 779 documents on Guantánamo detainees.

Whistleblowing was discussed on April 18 at the International Journalism Festival in Perugia during one of the panels organized by CILD. Journalist Alexa O’Brien reminded the audience that, of the five years that Manning has been in custody so far, three had been spent awaiting trial, and many months in solitary confinement.

Manning is not a unique, isolated case: even though her revelations did not have an impact on US security, she has been accused of espionage, along with other whistleblowers, for leaking information to “the enemy.”

Even worse, as Ben Wizner (an ACLU attorney and Edward Snowden’s lawyer) explained, the charges are more serious because the prosecution claims that, since this information was published in the media, and thus becoming public domain, they could be useful not to just one, but to every enemy of the United States.

Therefore, concerns about “national security” have overruled other principles, such as the freedom of press and the citizen’s right to know what their government is doing. What would the world be without the media?

Yet Wizner asked us to imagine a world without unauthorized disclosures to the press. Without these revelations, the campaign director for the ACLU Speech, Privacy and Technology Project remarked, the world would have never known how the war in Iraq was based on lies, nor about the torture in Abu Ghraib prison or the use of waterboarding during questioning; we would never have learned about the capture of alleged terrorists in foreign countries and their deportation to prisons like Guantánamo, often without a trial; nor would we know about the US programme to target foreign citizens for murder abroad in times of peace. “We cannot say,” added Ben Wizner, “that we would be freer and safer if the public had not had access to this information.”

Nevertheless, the US justice system has been relentless with Chelsea Manning and other whistleblowers.

Her trial, which began after three years of imprisonment, has been subjected to total censorship, Alexa O’Brien–one of those who were most active in covering the trial–reminded the audience.

A trial that, as O’Brien remarked, “reminds us of how powerful the act of testifying is, and how difficult it is to have collective wisdom,” praising Manning as a political figure who defies the archetype of the soul as discussed in the philosophy of Plato, as Manning has gone deeper, creating a kind of new order.

These revelations to the public were certainly deserving of a wider debate and greater attention on our part, as a society and as a community, because the way we treat and write about this story, Chelsea’s story, has a significant impact on us as well as is it does on her.

Speaking about the importance of whistleblowers in modern-day society was Annie Machon, former director of the Courage Foundation, who recently launched the Code Red initiative for the protection of whistleblowers.

She became a whistleblower herself after she and her partner, then working as MI5 intelligence officers investigating Irish and international terrorism, decided to leak classified content to the press. This included information on wiretapping, the arrest of innocent individuals, bombs that were supposed to have exploded and the attempted assassination of Gaddafi funded by the Secret Intelligence Service.

These revelations were made even more difficult because they took place in an age before the internet. At that time, denouncing meant having to get in touch with journalists at one’s own risk, being easily intercepted and prosecuted, not to mention the possibility that the media themselves might return the documents to the government without using them.

Annie and her partner David are two whistleblowers who went underground before Edward Snowden. And it is from their experience that Annie underlines the fundamental importance of journalists in protecting these people.

Without this support, actually, they risk being forgotten, which can lead to grave danger. And if we need journalists, according to Machon, we need whistleblowers even more.

“We need them to document the horrors that are happening. We have to depend on them because we don’t have other information; this is why we need them more and more and why we need to protect them.”

The final speech was given by Antonella Napolitano, communications manager at CILD, who noted how difficult it is to even broach the subject in Italy: ironically, things are complicated by the fact that there is not even a word for “whistleblower” (variously described as “snitches”, “deep throats”, etc).

It is not only a matter of terminology, she noted, but also of culture. Nevertheless, there are whistleblowers in our country, too. They are not divulging classified documents like Manning or Snowden, but they are seeking, for one, to denounce corruption in the public administration.

A bill has been drafted to defend these people (by M5S MP Businarolo), and it has been sitting in the Justice Committee for a year and a half: it aims to protect whistleblowers who want to divulge information about the State as well as large private companies. It will be a long time, however, before it is discussed and voted upon in Parliament.

The right to know, to have information, is a human right, Napolitano concluded, and it is a fundamental one if we want to be involved in the decision-making process.

We may not be whistleblowers, we may not be able to denounce corruption or expose state secrets, but we must learn more in order to exert our right to know, to be informed and be involved in decisions.

Photograph by Alessandro Migliardi, from ijf15