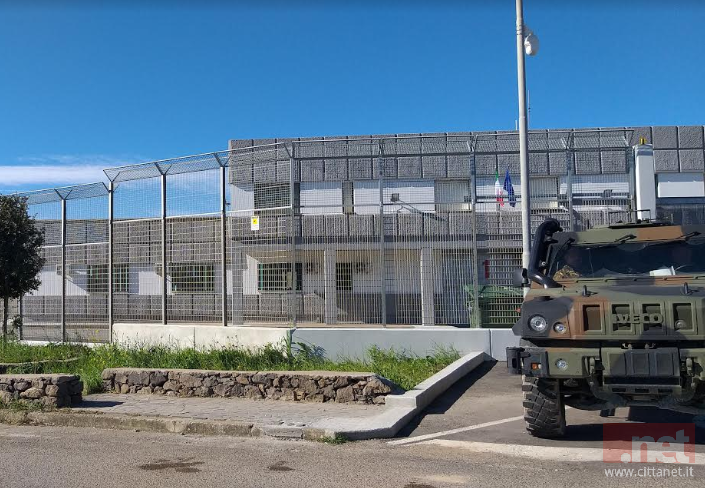 Alternatives to the detention

This is the model that the Italian Coalition for Civil Liberties and Rights (Coalizione Italiana per le Libertà e i Diritti Civili – ‘CILD’) and Progetto Diritti intend to propose via their joint project: “Alternatives to detention: towards a more effective and humane migration management”.

In Italy and in many other countries around the world, it is common practice to detain foreigners, not because they committed a crime, but simply because they are irregularly present in the country.

An alternative model exists and, if it were to be applied on a wider scale, both those involved and the community at large would benefit from it.

The history of immigration detention in Italy dates back more than 20 years. As a “non-criminal” detention practice, its purpose is to hold foreign or third-country nationals prior to their repatriation for a duration as long as is necessary to enable identification and expulsion procedures to occur. Since 1998, when it was first introduced, immigration detention has been a constant element in Italian migration management policies, more recently legitimised by a European legal framework with the introduction of the so-called Return Directive of 2008 (Directive 2008/115/EC).

The current centres for repatriation, which were first called temporary residence and assistance centres and then referred to as identification and expulsion centres, were established with the introduction of the Turco-Napolitano Law (Law no. 40/1998). While the maximum detention period was initially set at 30 days, it was gradually increased, first to 60 days (Law no.189/2002 – the so-called “Bossi-Fini” Law), then to 180 days (Law no. 125/2008), and, finally, to 18 months under Minister of the Interior Maroni (Decree Law n. 89/2011).

The upward trend was bucked with European Law 2013-bis (Law no. 163/2014), when for the first time since 1998, maximum time limits for immigration detention were not increased. On the contrary they were considerably reduced: an unextendable maximum detention period was set at 3 months, or 30 days for third-country nationals who had already spent at least 3 months in prison. Despite widespread discussions on the uselessness of longer detention periods in the absence of readmission agreements with various countries of origin, Decree no.113/2018 (the well-known Salvini Decree) re-extended the detention period to 180 days again.

Does administrative detention work at all?

No. As reported by the National Guarantor for the Rights of Persons Detained or Deprived of their Liberty, the ratio between the number of repatriated and detained people has always been around 50%, regardless of which maximum detention limits are in force. The data hence demonstrates that the “effectiveness” of the immigration detention system is not directly correlated to the length of detention periods. It is correlated, rather, to other factors, including in large part the level of cooperation with migrants’ countries of origin.

In addition, over the years, statistics have shown that, on average, repatriation of detained migrants either takes place within the first 30-60 days, or becomes very difficult to secure at all. It is very rare for obstacles to be overcome once 60 days have passed. The lack of cooperation of the diplomatic representation of foreigners’ countries of origin is an example of such. The increase of maximum detention periods, hence, voids the practice of immigration detention of its original purpose (i.e. overcoming the obstacles that prevent repatriation). It instead acquires a sanctioning and symbolic nature, punishing irregular migrants with the deprivation of their personal freedom, even though they are individuals who have not committed a crime. They are simply “guilty” of being irregular.

What do we mean by  “alternatives”?

Alternatives to irregularity consist of a series of measures aimed at preventing foreigners’ deprivation of personal liberty due to their irregularity. These alternatives to detention are based on the direct engagement of migrants, rather than on the top-down imposition of unclear rules and measures, such as detention in centres for repatriation. Their purpose is to develop an effective immigration management system which respects the rights of migrants. The idea behind these alternatives is not default detention pending a certain result (e.g. return) that probably will never be reached. On the contrary, the idea is to allow third-country nationals to explore all available options to ensure that they make conscious and sustainable choices – forced repatriation is not the only option. Very often people who are held in immigration detention centres are vulnerable individuals, who would risk serious human rights violations if they were to be repatriated (the girls who were victims of human trafficking and were sent back to Nigeria are a living example of this).

In some other cases, instead, people are led to irregularity by a combination of red tape, legislative changes and language barriers. These factors, however, do not imply that a migrant is not entitled to obtain a residence permit and stay on Italian territory legally. Third-country nationals, who, in the end, do not have the possibility to remain in Italy, can decide to return voluntarily to their country of origin and receive adequate support to make this a sustainable choice in the long-run.

As opposed to detention and other coercive measures, engagement-based alternatives foster more humane, efficient and cost-effective migration management and are more sustainable and convenient outcomes for all: migrants, host communities and governments. This alternative-based approach to migration governance is promoted at the global level by the International Detention Coalition and is being tested at the European level by a number of pilot projects set in the member states of the European Alternatives to Detention Network (EATDN). CILD and Progetto Diritti have been part of this network since 2019 and their project, funded by the European Programme for Integration and Migration (EPIM), has recently been added to the list of its pilots.

Our alternatives: case management and the search for the best solution

The ‘alternatives to irregularity’ model that we propose within our project is based on direct involvement of and engagement with the people concerned, by centreing effective case management. Case management consists of an individualised path of support and orientation during which third-country nationals are put in a position which allows them to explore all the options available to them. With the help of a case manager, migrants can benefit from a holistic and detailed overview of their legal situation and explore all their options in order to then make informed decisions. All this takes place while foreigners live freely in the host community – they are not detained nor restricted. An essential element of case management is the relationship of mutual trust between the case manager and the migrant. It allows for the rights of foreigners to be respected and promotes the achievement of a result which is satisfactory to all those involved.