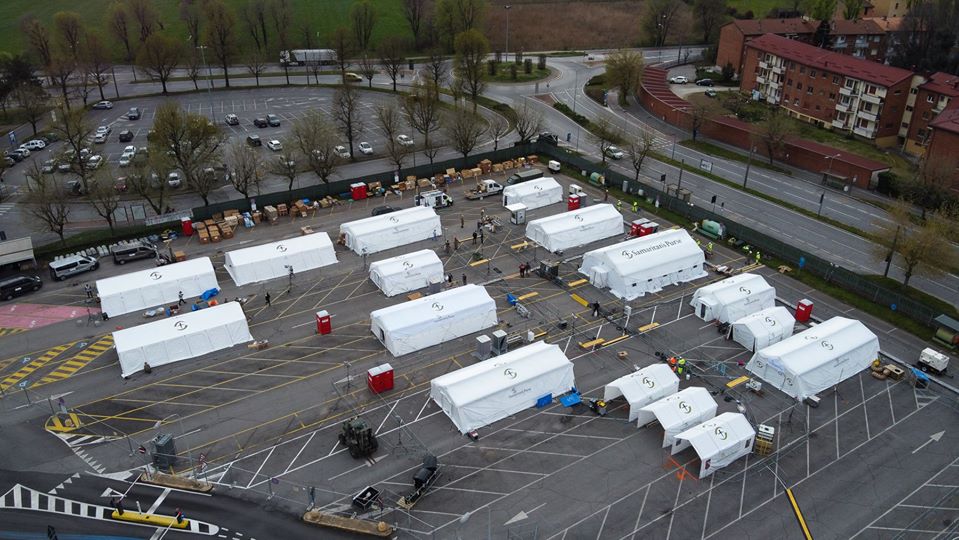 This is the post that appeared only a few days ago on the page of Spanish NGO Proactiva Open Arms, which everyone will know for their work saving the lives of migrants in the Mediterranean. Forsome days now they have been working with their volunteers to give support to doctors and nurses who are doing the impossible in Spain to cope with the spread of the coronavirus and save the lives of those infected.

Alba and Proactiva Open Arms are just a small drop in the ocean of solidarity that has stirred thousands of people in these difficult weeks, an effort of which NGOs and philanthropists are an important part.
In Italy other associations dedicated to taking care of victims in war zones, saving migrants or assisting other marginalised groups, have mobilised, especially in Lombardy – the region of our country most affected by the spread of Covid-19 – among them Emergency, Mediterranea Saving Humans (Mediterranea) and Medici Senza Frontiere.

The latter, since March 9, has been operating in the hospitals of Lodigiano, where the first outbreak started, and where it has provided doctors and nurses. Emergency, on the other hand, has concentrated its activities in Bergamo where, along with other NGOs, it’s working in a field hospital completely dedicated to the treatment of coronavirus patients, where the staff of the organisation manages the intensive and sub intensive therapy department. Instead Mediterranea, which has provided 130 doctors and nurses, was particularly active in the province of Brescia.

These are only a few examples of the activities that, at this moment, non-governmental organisations are undertaking in this common battle. At CILD we have collated the activities that our members have engaged in on this page totally dedicated to the coronavirus emergency.
They range from psychological support to fundraising for the purchase of protective material for general practitioners, to helplines for migrants or women who could be victims of violence and other initiatives.

This is an initiative similar to that promoted by Action Aid through their ad hoc website Covid19Italia Help.

Throughout this, there has been no shortage of initiatives by foundations and other philanthropic bodies and, among these, are those that we have come to know for the support they give to the most marginalised segments of the population: migrants, Roma, and prisoners.

Italia non profit has mapped some of these donations, arriving at a sum of almost 500 million euros. The latest arrival, in order of time, is that of the Open Society Foundations, which wanted to donate one million euro to the city of Milan (the first of other initiatives that the foundation is setting up), to help the city to overcome the emergency.
This is concrete help from those who have always been in the front line to defend the most vulnerable in every situation.

On the cover: A field hospital in Cremona donated by the American NGO Samaritan’s Purse