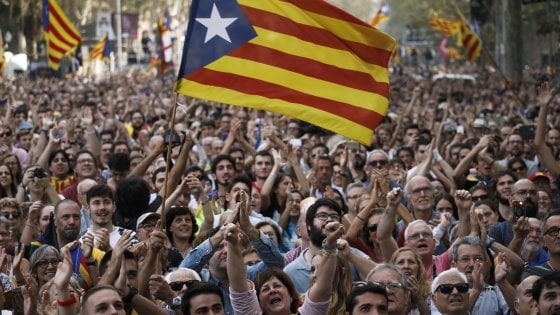 “Antigone and the Italian Coalition for Civil Liberties and Rights (CILD) are disconcerted by the verdict of the Spanish Supreme Court that sentenced to over 100 years in prison several Catalan politicians and representatives of the civil society, who have been on trial for the facts related to the independence referendum that took place October 1, 2017”. This is the comment by Patrizio Gonnella (President of Antigone) and Arturo Salerni (President of CILD).

Both associations have joined the International Trial Watch – an independent observatory established to monitor the trial – by participating in some of the hearings held at the Spanish Supreme Court in Madrid.

“During our observation” Gonnella and Salerni continue “we stressed some relevant elements that were likely to hinder a balanced judgment: the use of pre-trial detention despite the lack of risk of absconding or tampering with evidence; the trial being held directly in the Supreme Court, preventing the defendants from appealing the Court’s decision; the extreme right-wing party Vox having been admitted as a co-accuser alongside the Fiscalia General (i.e. the Public Prosecutor); criminal law being used in some cases as political means to repress  Catalonia’s demands for independence (on which one may or may not agree)”.

“Today’s sentence – Antigone and CILD highlight – seems to confirm precisely this political use of criminal law with penalties that are disproportionate compared to the facts. Sentences that exceed ten years of imprisonment for almost all defendants seem to prove that violence and bloodshed took place, while in fact none of this happened. We believe – the two Presidents conclude – that the Spanish judgment concerns the whole of Europe, because it sets up an important (and worrying) dividing line for the right to freedom of opinion. Finally, we are particularly concerned for the conviction of civil society representatives that were only responsible of organising demonstrations, during which no acts of violence took place”.