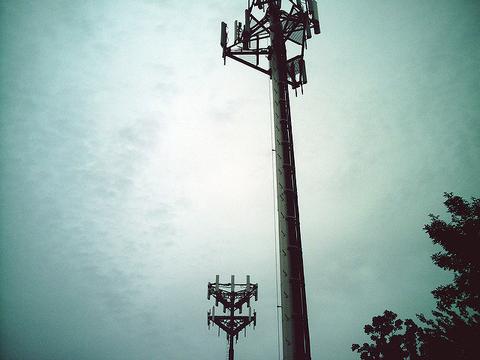 The Italian Coalition for Civil Rights and Freedoms (CILD), Privacy International and Hermes Center for Transparency and Digital Human Rights have today written to Italian regulatory authorities (namely, the Ministry of Economic Development) seeking urgent assurances and action after reports that a surveillance company has been allowed to export an internet surveillance system to a shadowy government agency in Egypt.

The letter is being sent after PI last month published a report describing evidence of the Syrian government’s ambitious surveillance projects aimed at monitoring the national communications infrastructure with the aid of various European companies, including Italy-based surveillance company Area SpA.

Area sells a range of surveillance equipment used to monitor telecommunications and internet traffic, and was last month reportedly raided by Italian law enforcement in connection to their business in Syria.

A June 2016 report published in La Stampa stated that Area SpA had been granted an export license by the Italian export control authorities to export internet surveillance equipment to the Technical Research Department (TRD) in Egypt.

The surveillance system reportedly being exported can collect, store, and analyse information about large numbers of people, often without any regard to whether they are legally suspected of wrongdoing. In countries with weak rule of law and under the control of an authoritarian government, these systems are wielded to violate the right to privacy, and pose a serious threat to privacy and other human rights.

The reported importer of the surveillance system, the TRD, is a little known and shadowy branch of the Egyptian intelligence apparatus. Last year, PI published a report on the agency, drawing a link between the purchase of surveillance technologies by the agency and a pattern of political repression and curtailment of press freedoms.

In our letter, which is being sent to the Ministero dello Sviluppo Economico (MISE) as well as key committees and parliamentarians, we argue that that the export of an IP network communications surveillance system to the TRD poses a clear risk to human rights.

The EU Parliament passed a resolution on 10 March 2016 calling for “the suspension of any form of security cooperation with Egyptian authorities” considering the recent backdrop of human rights violations, including torture, deaths in custody and enforced disappearances across the country, while the Council of the EU in 2013 stated that “Member States also agreed to suspend export licenses to Egypt of any equipment which might be used for internal repression” .

PI, CILD, and the Italian chapter of Transparency International previously wrote to MISE in July 2015 after another Italian surveillance company, Hacking Team, were themselves hacked and found to have been exporting hacking software around the world, including to numerous authoritarian countries with records of severe human rights abuses. In the letter, we urged clarification as to how the agency was regulating the export of Hacking Team’s systems, and whether they were paying sufficient attention to human rights considerations and obligations. Since international regulations agreed at the Wassenaar Arrangement came into effect in Italy in January 2015, MISE was required to regulate Hacking Team’s software, but had granted the company a more permissive general export license allowing it to export around the world with only periodic reporting and oversight requirements

Reports that Italy has allowed the export to go ahead also comes as the investigation into the torture and murder of Italian student Giulio Regeni is still under way in Egypt, where police recently admitted to spying on Regeni prior to his murder.

Next January 25th, CILD will join a public demonstration asking for truth and justice for the Italian researcher as well as for all victims of torture and forced disappearances in Egypt.

Letter to the Italian Ministry of Economic Development (MISE) – Italian

Letter to the Italian Ministry of Economic Development (MISE) – English