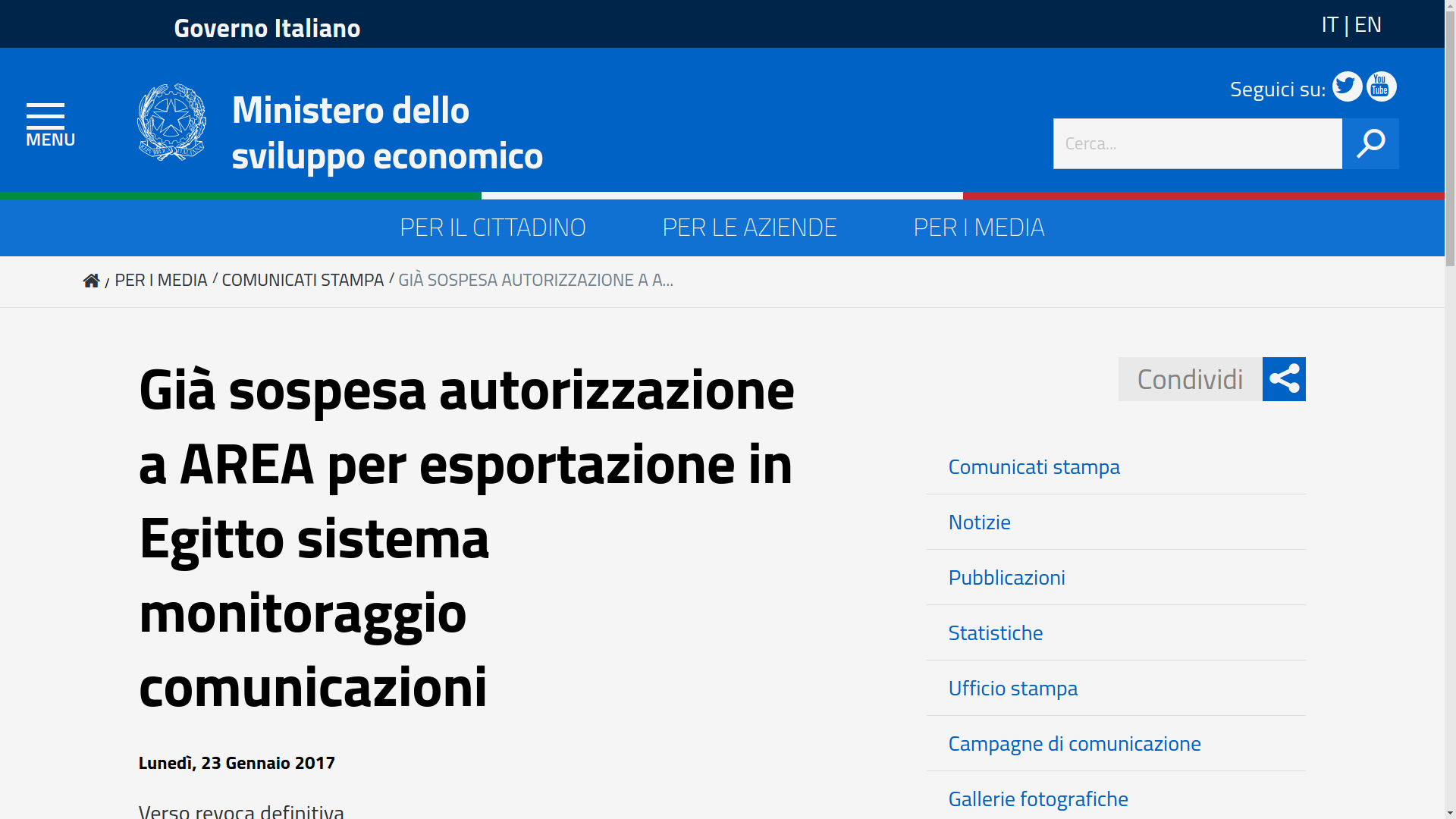 “Authorization to be permanently revoked”

This is the opening sentence of the official note that the Ministry of Economic Development published yesterday, after our letter on the risks of exporting communication surveillance technology was widely shared by national news outlets (including La Stampa, Il Fatto Quotidiano and Motherboard Italia) and on social media.

The letter – penned together with our colleagues from Privacy International and Hermes Center for Transparency and Digital Human Rights – asked for clarification and action following reports that Italian-based surveillance company AREA S.p.A. would be authorized to sell IP network communication surveillance technology to Technical Research Department (TRD), a shadowy government agency in Egypt.

According to the note from the Ministry,

“On July 7, 2016, re-examination began of the authorization granted to AREA S.p.A for the export of an IP network communications surveillance system.

[…] Following said re-examination, the authorization has been suspended, and it will be permanently revoked in the next meeting of the relevant consulting Committee.”

Our letter follows the publication last month of a report by Privacy International on the Syrian government’s ambitious surveillance projects aimed at monitoring the national communications infrastructure with the aid of various European companies, including Italy-based surveillance company AREA S.p.A. AREA sells a range of surveillance equipment used to monitor telecommunications and internet traffic, and was last month reportedly raided by Italian law enforcement in connection to their business in Syria.

We appreciate the effort of the Ministry and we will keep our focus on this case, and we will be providing updates after the next meeting of the consulting Committee.