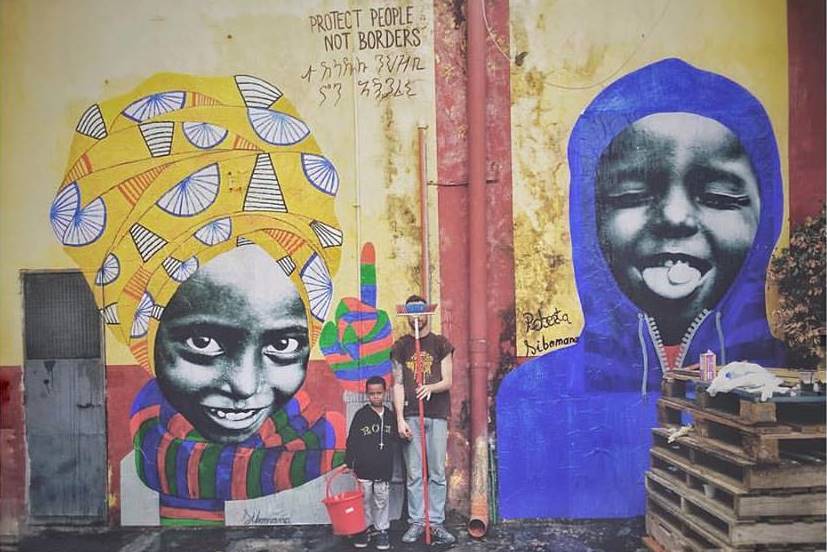 On Friday, authorities once again shut down the Baobab Experience, an autonomous centre run by volunteers with the purpose of providing shelter to hundreds of migrants in Rome.

Identification and evacuations near Tiburtina Station (adjacent to the centre) continued throughout the weekend.

The centre has been a crucial place in Rome for hundreds of migrants who otherwise would be adrift: there are no alternatives at the moment, and the relevant institutions have been unresponsive (except, of course, for the eviction).

“Closing Baobab without offering an alternative place of shelter to dozens of men, women and children is a disgrace to the city of Rome and our entire country.”

Gonnella then highlighted the value of the extraordinary work done by the volunteers there: “Among a thousand difficulties, and thanks to the solidarity of many citizens, after the eviction of December 2015 and the promise of an alternative location for the continuation of activities, the volunteers at Baobab single-handedly provided decent temporary housing and a solid reference point to migrants passing through Rome.”

Lastly, and most importantly, Gonnella denounced the utter failure of the city’s institutions to respond to the immigrant emergency in Italy and asked the authorities – in cities, prefectures and police stations – to take immediate action: “To see the images of the makeshift camp, which was built after the promises failed to materialize, and the migrants forced to sleep outside on the ground, is appalling and constitutes a defeat for all of those who believe in protecting human rights. Taking in migrants is a public, juridical and moral imperative. Therefore we ask that the city, the prefecture and the police take action to provide a quick solution to restore those rights, especially now that many are shedding crocodile tears over the victims of the tragedy in Lampedusa.”

This situation had already been addressed by A Buon Diritto, CIR (Italian Council for Refugees), Action Diritti in Movimento and Radicali Roma in a joint post. A press conference with the activists and volunteers of Baobab Experience is scheduled for later this afternoon.