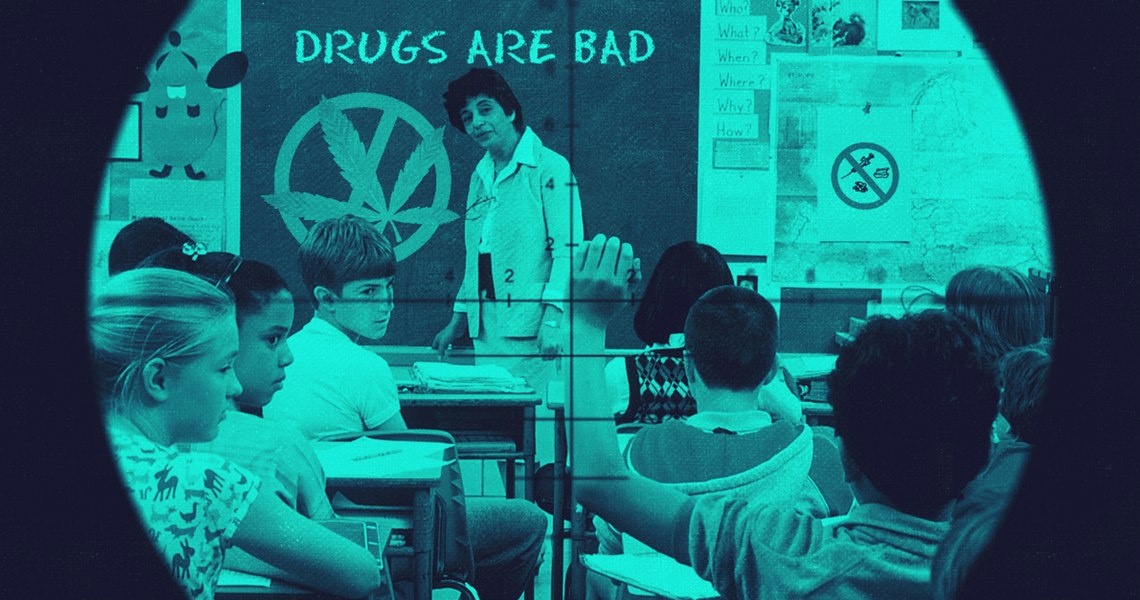 “My dream is that countries base their drugs policies on an evidence-based approach that prioritizes human rights and public health. As opposed to irrational fears and ideologies.”

So spoke Dainius Pūras, UN special rapporteur on the right of everyone to the highest attainable standard of mental and physical health, in an interview with the magazine Vice following his open letter to the director of the UNODC (United Nations Office on Drugs and Crime) highlighting how prohibition had had a negative impact on individual as well as global health, including that of young children.

This position is a clear counterweight to Richard Nixon’s infamous one of 1971, the year the former President of the United States announced his war on drugs in a speech before the US Congress. “Narcotics addiction is a problem which afflicts both the body and the soul of America… It comes quietly into homes and destroys children, it moves into neighborhoods and breaks the fiber of community which makes neighbors.”

The global war on drugs has been waged for almost 50 years now but has not prevented the long-term trend of increasing drug supply or use.

And behind this failure, in order to achieve its declared objectives, the war on drugs has produced a series of negative costs. Many of these have been identified by the UNODC and have been described as unintended consequences of the war on drugs.

But among these negative externalities, the question of personal and public health occupies a central position.

A question of health: the themes

For a long time justified by invoking the necessary defense of people’s health – and, in particular, that of children –, early on the war on drugs became something else entirely: a theory which, in order to get drugs off the streets, provided the impetus for users to be criminalised, arrested, imprisoned and, in some cases, even condemned to death.

The damage produced by these policies, however, is manifold and obvious: above all, the war on drugs has not had any effect in deterring the youngest and most vulnerable from using drugs (as a report by Count the Costs shows), and, instead, has had related consequences on health (including death due to cut or tainted drugs).

This damage has been coupled with social stigmatization and limited life opportunities as a consequence to using or possessing drugs.

Such repressive policies have often taken the place of those connected to harm reduction and providing accurate information on drugs and their effects, relegating them to a lesser role where they are frequently only employed as an instrument to support policies of criminalisation.

In summary, the war on drugs, originally supposed to target dealers and narco-traffickers, has instead been transformed into a war against users. Criminalisation has driven people to hide their own health problems and to distance themselves from healthcare facilities out of the fear of being arrested and/or prosecuted and, as a result, has impeded adequate responses to treating HIV, Hepatitis C, overdoses and drug addiction.

The consequences the criminalisation of drugs has had on slowing research and the possibility of curing oneself through, for example, medical marijuana deserves a section onto itself.

Over the course of January, we will analyse in depth those themes related to health either here or through our social media channels (Facebook and Twitter).

Today we shall concentrate on those questions with the greatest effect on the young.

1. Repressive policies and the health of children and adolescents

Young drug users are, in general, physically and mentally more vulnerable; they are less informed as to the potential effects of the substances they consume; and they are more likely to take risks connected to the use of drugs.

To prevent such use, harsh laws may, on the surface, seem like an appropriate response. Nevertheless, the evidence demonstrates that punitive laws neither discourage young children and adolescents from using drugs nor significantly affect their access to them.
After having examined evidence from various parts of the world, in a 2014 study the UK Home Office concluded that the “toughness” of a country’s drug laws did not have any influence on its levels of drug use.

Numerous other studies – from the European Monitoring Centre for Drugs and Drug Addiction, the World Health Organization and the Organization of American States – have reached the same conclusion.

Appeals to young children’s safety, spread by the media through sensationalistic messages full of populist rhetoric, with the only aim of creating fear in parents is no longer useful. Speaking about drugs as both an existential threat to the young and a threat to be eradicated without considering them, instead, as a social and health problem to be managed practically (“harm reduction”) has proven to be disastrous strategy with negative effects.

Information and drug education must be based on science rather than politics. However, until now the war on drugs has been an ideological and political battle and this is precisely the kind of approach that needs to be overcome.

Not only are prohibition and the most severe penalties ineffective in reducing drug use, they also lead to riskier and more problematic use.
The threat of criminalisation, stigmatisation and concomitant discrimination often drive users to consume drugs in marginal, non-secure and unhygienic settings, further compromising young drug users’ health.
Furthermore, as the drug market is in the hands of organized crime, no kind of formal supervision or regulation exists.

The result is that substances are sold to those who can afford them – regardless of age. Furthermore, seeing as that dealers do not provide health warnings or fact sheets, less experienced users – who are more likely than not to be young – are at a higher risk of encountering the negative effects derived from the use of drugs.

Often, unjust and disproportionate laws regarding minor drug offenses deprive many children and adolescents of their freedom.
And this injustice is compounded by the fact that these young people are usually among the most marginalised and vulnerable in society to begin with, and that the decision to deal or traffic in drugs is a direct consequence of poverty and the lack of any alternative.

Overcoming current policies in order to defend the right to health

“States Parties shall take all appropriate measures, including legislative, administrative, social and educational measures, to protect children from the illicit use of narcotic drugs and psychotropic substances as defined in the relevant international treaties, and to prevent the use of children in the illicit production and trafficking of such substances”. So states Article 33 of the UN Convention on the Rights of the Child.

And it is precisely this article that has frequently been invoked over the last 50 years to justify various drug policies. Nevertheless, considering the brief discussion we have led up until now, one question remains: is such an interpretation of Article 33 the only one possible?
Indeed, it never once refers to criminalisation, but speaks in a rather generic way of a series of measures that could protect children from psychotropic substances – which, it is important to recall, also includes a legal one: alcohol (here is an infographic on Alcohol Vs. Cannabis [in Italian]).

The data and the evidence, some of which we have quoted, show us that this approach has been disastrous. It’s more than time to apply Article 33 in a different way, to change our policies and to overcome ideologies.
Our very health depends on it.