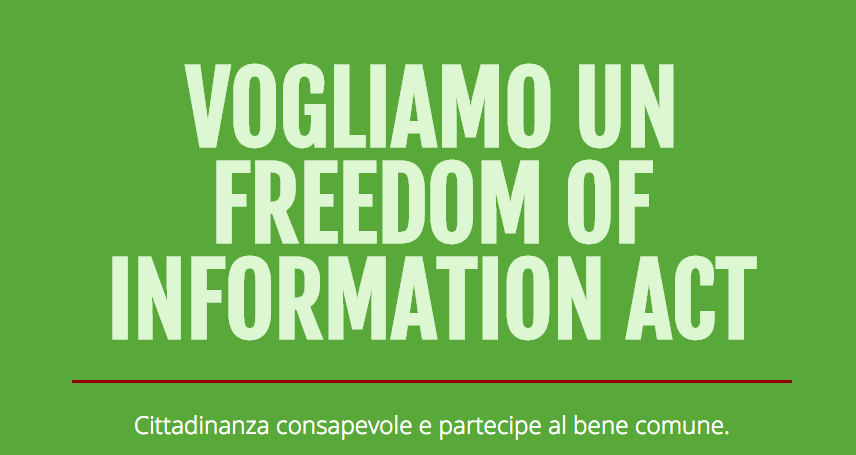 Today is International Right to Know Day, the day that celebrates the right to information. We are republishing a post from our friends at Diritto Di Sapere, an Italian organization which for some years now has been dedicated to protecting and expanding this basic right for all citizens.

While today the whole world is celebrating International Right to Know Day, Italy remains one of the few western democracies that still does not recognise this fundamental right.

With the approval of the Public Administration Reorganisation Act in August 2015, the government received a mandate from Parliament to write an administrative order recognizing the right of citizens to ask for documents and information from the Public Administration. This means that we are close to our objective, but without a legislative decree (which must be approved within six months), Italy will remain at the tail end of rankings as far as access and transparency are concerned.

Here is what you’ll be able to do thanks to a Freedom of Information Act if Italy has the courage and the will to approve one.

FOIA4Italy has launched a petition that is now close to collecting 35,000 signatures, and it has outlined 10 essential points for a Freedom of Information Act:

On this day the international network of activists FOIAnet has asked: “How has the right to access information made a difference in your country?” We hope to be able to respond in the year to come with the stories of journalists, activists and citizens who have been able to benefit from a Freedom of Information Act here in Italy as well.