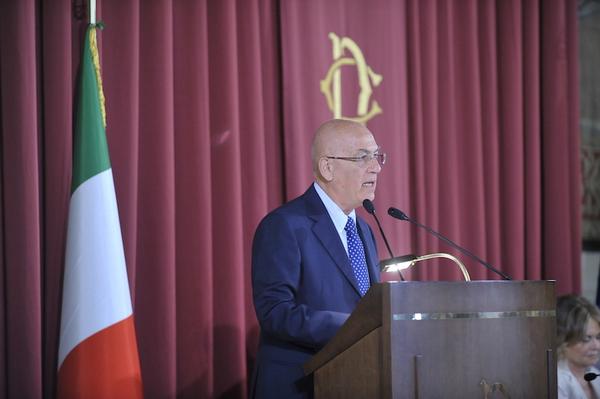 To protect data is to protect the people: it is the message of the Annual Report that the President of the Data Protection Authority submitted to Parliament yesterday.

The title, “Vulnerable Person. Data Protection and Digital Society”, makes it very clear. Unlike many comments by political figures, however, the report is not conservative and inspired by fear, but acutely aware of context and risks.

In this all-pervasive network of ever-interacting and interconnected things, man does run the risk of being downsized to a medium that can be analyzed and monitored in terms of behavior, profiled to better target his choices, kept under surveillance to bring about increasingly invasive controls that encompass, ultimately, our own homes and physical bodies.

Everything revolves around the unbridled collection of data.

However, we are our data in a digital society: thus, a vulnerable data is the same as a vulnerable person. This should be the starting point in the search for new, more effective safeguards of our freedoms.

The protection of liberties is also impacted by mass surveillance, or “blanket collection of bulk communication data”, which is contrary to democracy, as well as ineffective in the fight against terrorism, Fabio Chiusi wrote in La Repubblica, noting that Soro has expressed similar views in the past.

Soro also touched on another important point that is relevant to the current public debate:

One should fight against the ever-returning temptation to consider civil liberties as a luxury one cannot afford when facing terrorist threats.

It is from the pivotal role played by habeas in our democracies that Europe should start in countering terrorism and all types of fundamentalism without giving up on her own identity and nature.

It is an explicit reference to the bills that were recently passed in Spain and France, as well as to the legislative process of Italy’s anti-terrorism decree: “We had emphasized that those provisions would undermine the balance between privacy and security, whilst they actually underestimated the implications of specific technologies […] this would severely hamper any oversight on the legitimate acquisition of the relevant data.”

We cannot regard civil liberties as a luxury.

This is the key message that the report stated loudly and clearly, one that politicians, sadly, have yet to espouse, too busy as they are raising the spectre of terrorism.

All of this does not even consider the debate on mass surveillance and citizens’ right, one that Italy has so far avoided, even though it started at least two years ago in the USA and the UK and is now expanding to European countries such as Germany, France, Denmark and more.

Only today, in an ironic twist, news broke that the NSA may have spied on the last three French presidents, in a repeat of a similar case involving Germany, a few months ago.

Furthermore, solutions that are cyclically proposed often evince, in the process, a profound ignorance of the relevant context and technologies.

These “technology-hostile approaches” – again, to quote Soro – extend to many other areas (the report touches on several issues, from digital identity to health care, from cookie laws to mobile payment), becoming even more dangerous when States use them, knowingly or not, to curtail civil liberties.

Only a few days ago, news broke that the GCHQ, a British intelligence and security organisation, spied on foreign human rights NGOs in Egypt and South Africa, a case that was brought to the courts by Privacy International following Edward Snowden’s revelations.

Ironically, as Privacy International pointed out, GCHQ’s interception of the NGOs’ communications was not itself unlawful; it was GCHQ’s violation of their own secret procedures that resulted in unlawful conduct.

We are used to being outraged and protesting when we see these liberties violated and restricted by authoritarian regimes, but we are not as willing to realise the dangers that we are facing when the same thing happens in Western democracies – our democracies.

The ones that promise safety in exchange for information.

The ones that keep asking for our blind trust, despite mounting evidence that said trust is being betrayed on a daily basis.