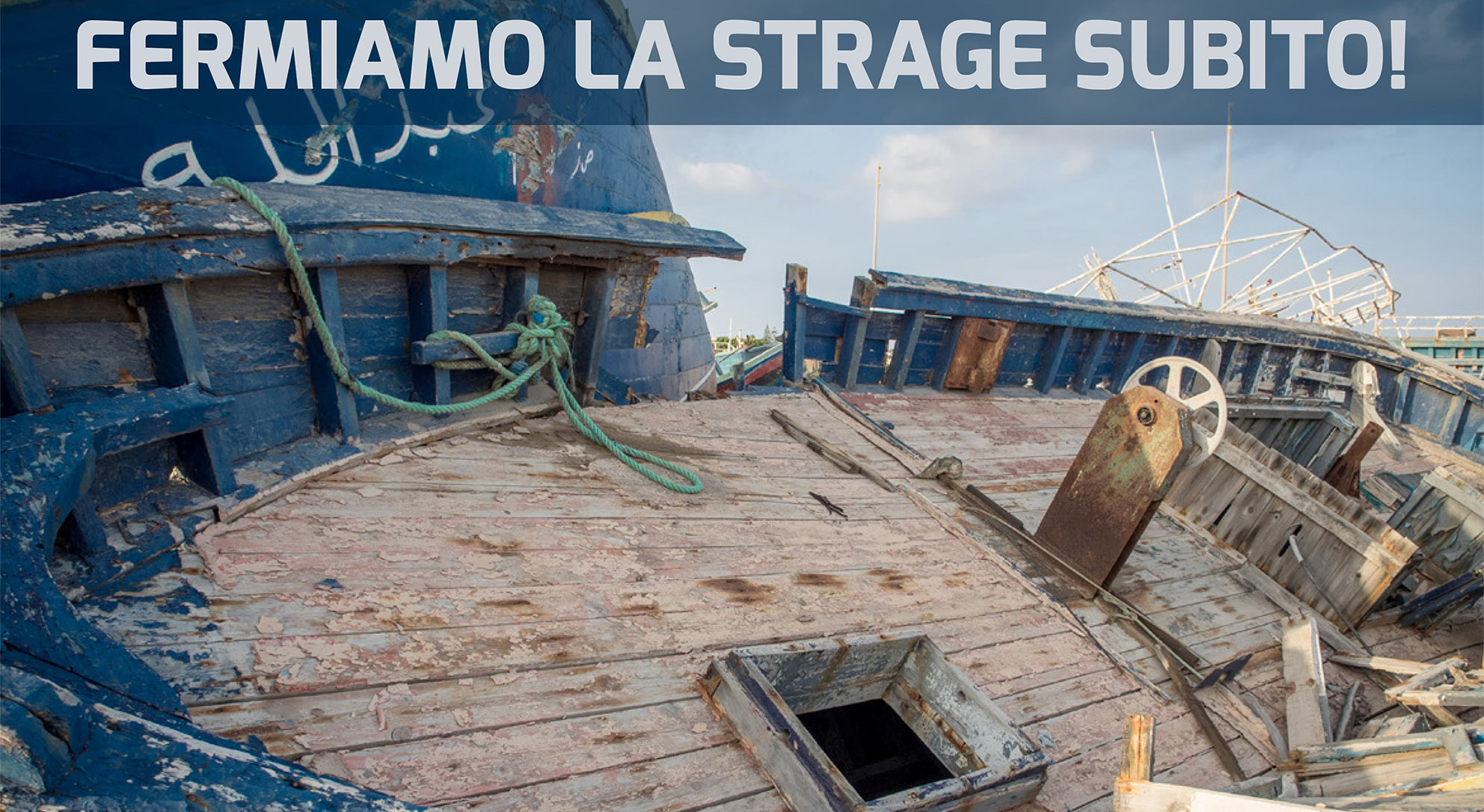 On June 20th, the national rally called “Let’s stop the massacre now!” will take place in Rome. The demonstration has been created by dozens of organisations, including the Italian Coalition for Civil Rights and Freedoms (CILD).

The road that culminates with this gathering started on the world activism day on April 21st, following the deaths of a staggering 800 migrant people in the Mediterranean.

The rally will start at 3pm at the Coliseum.

Europe’s birth or death is in the Mediterranean.

Peace, security, social and economic welfare can only be achieved if universal rights for every woman and every man are observed and respected.

The Mediterranean region is now a powder keg and the Mediterranean sea is an open-air cemetery. Since early 2015, the Mediterranean has claimed the life of more than 1700 people. Historically, culturally, geographically and commerce-wise, Europe is an essential part of this region, but it seems to have lost the its memory.

The tragedy of refugees and migrants, their abandon in the hands of criminal organization, the debate on how, where and who to hit to stop the flow of men and women seeking refuge or a decent life in Europe: all of this is nothing more than the final act of a total lack of political vision from the governments in the EU.

The responsibility of this tragic situation is clear: the choices in politics and the laws by the European governments that don’t allow any room for a safe and legal access to the EU territory are in fact the roadblocks that kill thousands in the Mediterranean, in the Sahara, in the transit countries, in the cul-de-sac that is in Libya. These are conscious and deliberate choices that constitute a crime against humanity.

The answers by the EU, confirmed in the European Agenda on immigration, have proven to be short-sighted and to produce the opposite effects of what they declare to aim at achieving.

Increasing the resources and means for a more intense patrolling of the frontiers, instead of focusing on saving lives, is wrong and will not stop people who want to reach Europe.

So far, open and unsolved conflicts and wars have created over 4 million Palestinian refugees, around 200.000 Sahrawis encamped in the Algerian desert, 9 million Syrians that are either displaced or refugees, 2 million displaced Iraqis. For years there has been a continuous wave of men and women coming from Afghanistan and the hellish situation in Libya, people fleeing Somalia, Eritrea, Sudan and other African countries.

Behind every person and each of their stories of poverty, disease, dictatorships and war, there are international interest of a political and economic nature.

War, poverty, the plundering of natural resources, economic and commercial exploitation and dictatorships are the causes of modern migration.  Being free to move and migrate must be an achievement for humanity, not an obligation.

Europe must offer an answer based on peace, coexistence, democracy, social and economic welfare, getting inspired by the principle of solidarity and abandoning policies of entrenchment, austerity, neoliberalistic trade agreements and privatisation of public goods. Europe must invest in dignifying work, social justice, democracy and sovereignty for the people.

We are Europe. And we need to build solidarity in the social texture of Europe.

Here are our ten priorities to put a stop to this emergency and build the Europe of the future:

Let’s protect and save human lives, not borders!

The organisations that signed this appeal are inviting you to join them at the world activist mobilisation day in Rome on June 20th 2015.

Adhering organisations until May 20th 2015

To join, write to: stopmassacres2015@gmail.com