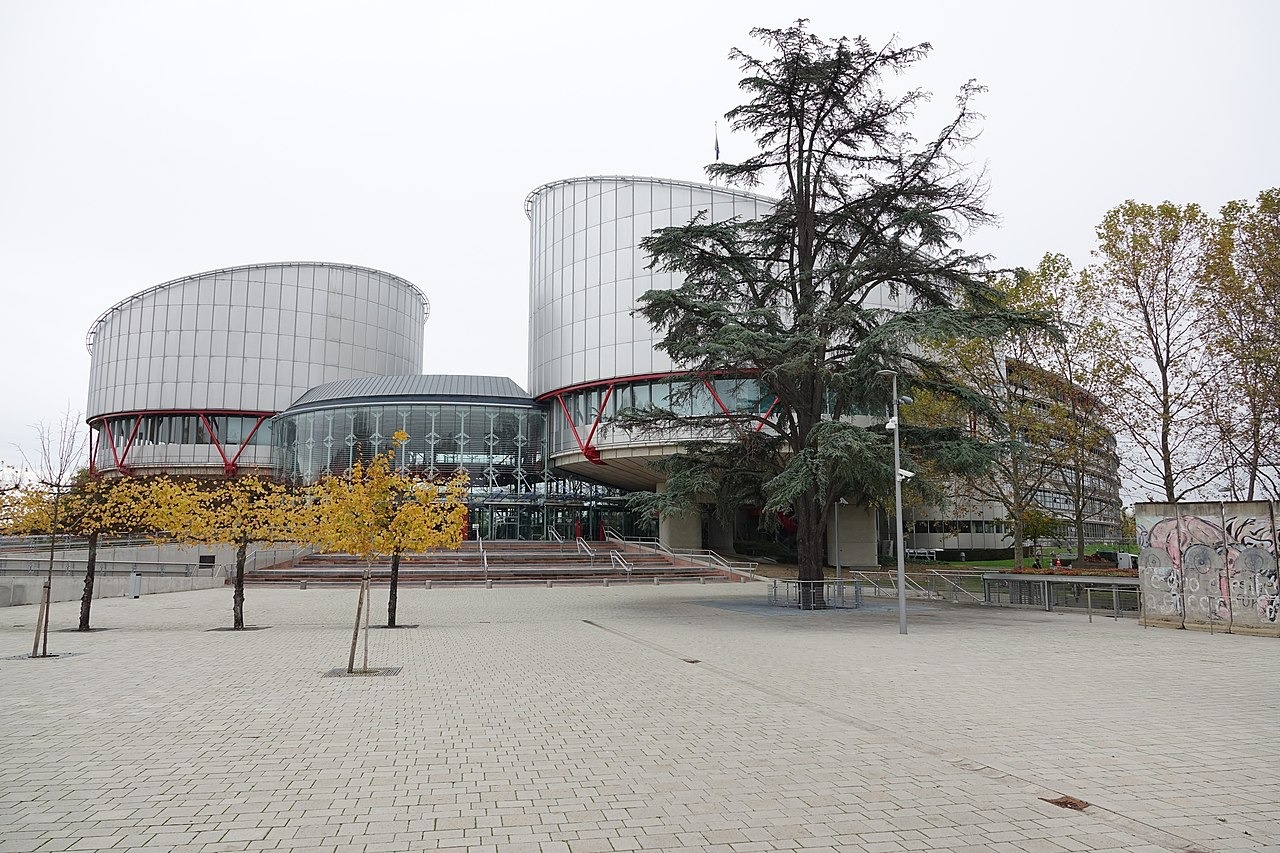 In Italy, the administrative detention of foreigners with a view to deportation is regulated by Legislative Decree n. 286/1998 (so called “Consolidated Immigration Law”) and Presidential Decree n. 394/99. Foreigners are detained in dedicated centers called Centri di Permanenza per il Rimpatrio (“CPR”), whose regulation has been adopted by Decree of the Ministry for Interior n. 12700 of 20 October 2014 (“Reg. CPR”).

CILD’s report “Buchi neri. La detenzione senza reato nei CPR” (Black Holes. Detention without criminal offence in CPRs) vastly documents the many critical aspects of this system, such as the insufficient protection of the detainees’ health-related rights, and the de facto lack of judicial guarantees for the rights of detainees who – not being asylum-seeker – fall within the jurisdiction of the Justice of Peace.

From February to March 2022, The Rule 39 Initiative has provided legal support to CILD in respect of two requests for interim measures lodged before the European Court of Human Rights (“ECtHR” or “Strasbourg Court”) to protect the health-related rights of a CPR detainee (who, for privacy reasons, will be referred to as X.).

The case of X. is emblematic of the most worrisome deficiencies of the CPR system; and – unfortunately – of a worrisome ECtHR’s attitude in favour of renouncing to its role of higher supervisor of the States’ compliance with human rights when it comes to the human rights of undocumented migrants.

After giving an overview of the protection (theoretically) afforded by the European Convention on Human Rights to CPR detainees, the contribution summarily describes the facts of the case and provides a critical analysis of the ECtHR’s position emerging from those facts.

The European Convention on Human Rights and CPR detainees

The European Convention of Human Rights (“ECHR”, or “Convention”) expressly allows the detention of foreigners: Article 5 § 1, lett. f) permits the restriction of the right to liberty “in accordance with a procedure prescribed by law”, when it comes to “the lawful arrest or detention of a person against whom action is being taken with a view to deportation or extradition”.

However, the State’s power to detain foreigners with a view to deportation is not without limits. The mentioned provision requires lawfulness and compliance with “a procedure prescribed by law”. Furthermore, the treatment of any person who falls within the State’s jurisdiction must comply with the standards of protection of human rights established by the ECHR: therefore, a foreigner who is detained with a view to deportation is entitled to a number of relevant rights, such as the health-related rights deriving from the ECtHR’s jurisprudence under Article 3 ECHR (prohibition of torture).

This means that the legitimacy of administrative detention of foreigners with a view to deportation cannot be questioned per se by invoking the European Convention of Human Rights; however, this form of detention must be carried out in compliance with the other international obligations of the State, such as those under Art. 3 ECHR.

Two instruments are available to persons who deem themselves victims of a violation of the rights and freedoms protected by the European Convention on Human Rights.

The first and most obvious instrument is the individual application under Article 34 ECHR. This is a very powerful instrument, allowing individuals to engage the international responsibility of the State and possibly obtain compensation (“just satisfaction” under Art. 41 ECHR) or restitutio in integrum of the situation prior to the violation.

However, individual applications are rather lengthy: if the case is not declared manifestly inadmissible or otherwise struck out by the Court, in order to reach a decision or judgments several years might elapse.

For this reason, sometimes the use of interim measures is a necessity. Interim measures in the ECHR system are urgent measures with temporary effects, adopted by the ECtHR under Rule 39 Rules of Court, with the aim of protecting the interests of the parties and/or the proper conduct of the proceedings while an individual application is being examined.  They are adopted by the ECtHR when there is : a) an imminent risk; b) of an irreparable damage; c) to a “core right” under the Convention.

The reference to a “core right” is particularly interesting. Rights and freedoms under the ECHR do not have a “rank”; however, the Court generally holds that interim measures may apply when the life or physical integrity of a person is at stake (Article 2 ECHR), or when there is risk of treatment amounting to torture or inhuman and degrading treatment (Article 3 ECHR).

The case of X.

The case of X. is a typical example of an imminent risk of irreparable damage to a core right under the Convention that might occur to a foreigner in CPR.

X. is an undocumented foreigner who, shortly before being subjected to administrative detention, endured a polytrauma affecting multiple parts of his body, and leaving him with intense chronic pains and severe difficulties to walk and use one hand. At the moment of his arrest for the purpose of expulsion, medical examinations were still being planned to assess the exact extent of the damages to his internal organs, and to establish the correct therapies to be put in place.

X. entered the CPR at the beginning of February. No medical examination attesting the compatibility of his state of health with detention was carried out at that time. Throughout the whole month of February, X. called his trusted medical doctor repeatedly, complaining of the fact that in CPR:

X. was sleeping in a badly insulated room of 25 square meters shared with 8 inmates, which he was frequently unable to leave because of his difficulties in walking caused by the pain.

X.’s lawyer repeatedly but unsuccessfully asked to the CPR authorities to be provided with information about his clients’ medical situation and about the conditions of his detention.

Towards the end of February, X. reported worrying symptoms of a deterioration of his medical conditions. His lawyer lodged an urgent request with the Justice of Peace, asking for X.’s immediate hospitalization and for the legitimacy of his detention to be immediately re-evaluated. After ten days with no response, he lodged a request for interim measures before the European Court of Human Rights (“the First Rule 39 Request”).

The Request was grounded on Article 3 ECHR, and was aimed at obtaining the Applicant’s immediate hospitalization or ensuring that adequate medical care be immediately provided to him while in detention.

According to the European Court of Human Rights’ well-established case-law, Article 3 ECHR requires that the manner and methods of detention do not subject the person concerned to distress or hardship of an intensity exceeding the unavoidable level of suffering inherent in detention itself. More specifically, it is necessary that prompt and accurate diagnosis and care be given to ill or disabled detainees,  and this means that a comprehensive record must be kept concerning the detainee’s state of health and the treatment undergone while in detention. The supervision must be regular, systematic and involving a comprehensive therapeutic strategy aimed at curing the detainee’s diseases or preventing their aggravation, rather than addressing them on a symptomatic basis.

At the moment of lodging the First Rule 39 Request (i.e. almost one month after his entry in CPR), no exact diagnosis was known for X.’s medical condition; he was not even receiving the basic medication ensuring the avoidance of pain (let alone curing his condition), and his symptoms were worsening.

The ECtHR suspended the examination of the Applicant’s request, while asking for information from the Italian Government, which were then transmitted to X.’s lawyer for comments.

Straight after having been informed of the decision of the Justice of Peace, the European Court of Human Rights rejected the First Rule 39 Request. As is customary, the rejection carried no motivation.

One month later, out of nine medical exams, only two had been carried out, and one of those had highlighted the need for further examination aimed inter alia at excluding a complication carrying potentially fatal consequences for X.

X. reported that he was now being administered 12 drugs per day, of which he did not know the purpose and which caused him pain in the stomach. His pains in the leg, back and arm were still severe and rendered almost impossible his movements. The CPR authorities had not given him any medical equipment to help him walk and he was thus spending most of his days in his badly insulated and small shared dormitory. He was still suffering the cold and having blood in the urines.

A new Rule 39 request was lodged (the “Second Rule 39 Request”). Almost one week after, the ECtHR adopted a decision suspending for fifteen days the examination of the Request, and inviting the Government to submit the medical records of X., including the results of the nine medical examinations prescribed, or to provide a “detailed timetable” for the examinations not yet conducted.

The Government transmitted some information, without however attaching all examinations (some had not been conducted, and one – highlighting the further worsening of X.’s medical conditions – was simply omitted).

X.’s lawyer was given only one day to comment on the Government’s information, and when he asked for an extension of three hours, this was refused by the Court. The Second Rule 39 Request was then rejected, as customary without motivation.

The first consideration that one can make is that all decisions adopted by the ECtHR in X.’s case appear to be focused on one (and only) element: the medical examinations. Indeed, the Strasbourg Court has suspended the evaluation of both the First and the Second Rule 39 Request with the (manifest) purpose of allowing the authorities to move forward with the medical examination. In both instances, it has rejected the Requests once informed that a movement forward of some kind had been made.

A second consideration is that the clear intention behind these decisions was to allow for the situation to resolve itself without the Court’s intervention. The reasoning was thus patently not grounded on legal considerations, but on political ones.

Indeed, if the reasoning had been grounded on legal considerations, the ECtHR could not have forgotten that under its own case-law, Art. 3 ECHR is violated when an ill detainee is not given a prompt and accurate diagnosis and care – this last element meaning a comprehensive therapeutic strategy aimed at curing his/her diseases or preventing their aggravation. Also, it could not have forgotten that interim measures are meant to ensure that the protection afforded by the Convention is effective.

The fact that the medical examinations prescribed for X. have been completed does not automatically amount to a diagnosis, and even less to a prompt and accurate “care”. X. has spent now more than two months in detention without even being allowed the most basic humanitarian support consisting in treating his severe pains – let alone curing his diseases!

It was in the Court’s powers to adopt a decision favorable to X., by granting the alternative request clearly indicated in both Rule 39 petitions, i.e.  that appropriate care be given to him while in detention. However, the Court chose another – less straightforward – way: that of using a procedural stratagem (the suspension of the proceedings) to allow for the situation to “resolve” itself. The problem is that the situation has not resolved itself: if some (not all) of the medical examinations have been conducted, this does not ensure that a “prompt and accurate” diagnosis and care will follow. And in the meanwhile, a detainee keeps on being held in conditions incompatible with the standards (theoretically) afforded by Article 3 ECHR.

Effectiveness of protection is certainly not an expression that comes to mind when looking at the facts of X.’s case. Was this just a lapsus of the Court, or was it just the umptieth manifestation of its well-known reluctance to contradict the Member State’s political choices made in respect of foreigners, particularly the undocumented ones..?