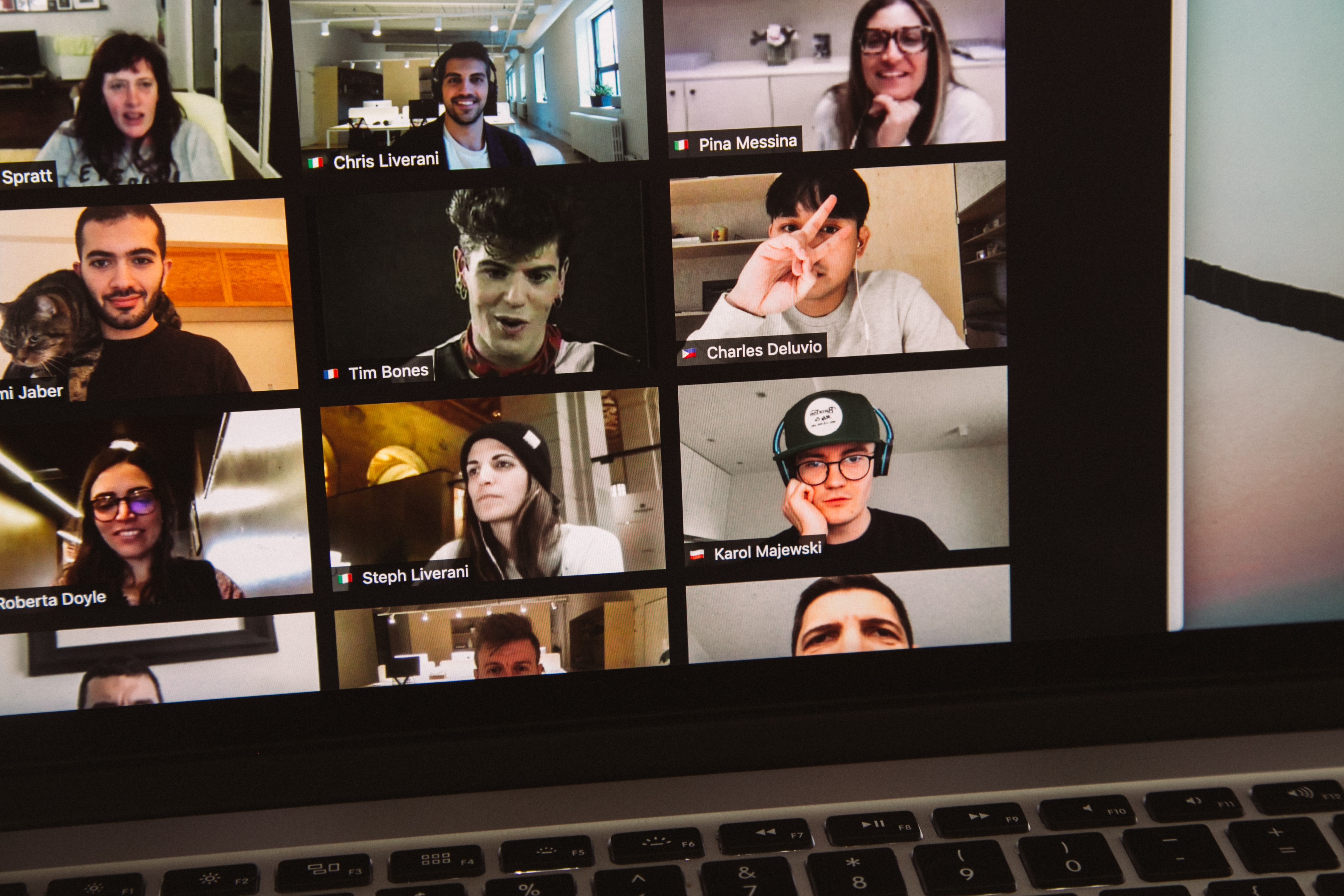 Kramer wrote in his essay “Catalytic Philanthropy”, that to create systemic change, a ‘sustained campaign to increase the capacity and coordination of an entire field, together with greater public awareness and … stronger government policies’ is needed.

The need for systemic change is starkly apparent in Italian society, for the recovery and continued welfare of groups that were the target of negative government and media forces over the past 5 years.

Civil society organisations (CSOs), particularly those working on migrant and refugee rights, and minority groups themselves, were targeted and the content and intensity of those attacks called into question the democratic values that Italy professes to embody. Those helping marginalised communities were labelled essentially as criminal sympathisers or enablers and any journalists who dared to criticise government actions were similarly targeted. Accordingly, attacks on journalists, human rights lawyers, charity workers and minorities, including black people, Roma and Sinti people also rose, triggering UN criticism of the Italian Government.

The way to pursue this systemic change is via aligned sector movement towards narrative change. Challenging the factual validity of the arguments underpinning populist and xenophobic attitudes dominating the political agenda is not effective enough on its own – organisations such as CILD have done this work for a number of years and have noted that while effective and needed, this work cannot singularly turn around negative narratives based on mistruths. This is also due in part to the decline of the value of facts in Trump’s “post-truth” era (Rose, 2017). Facts, figures and science are no longer enough. Those working to get back to solidarity and unification must replace hugely effective negative and xenophobic narratives (focused on fearmongering) with positive and hopeful narratives (focused on promoting opportunity). This is an effort that must be led by an aligned sector.

WHAT IS NARRATIVE CHANGE?

The motivation of human behaviour with regard to any issue or cause is at its heart dependent on the collective reality perceived by a population, constructed through the narratives which are believed by them. These narratives are generally conveyed by influential groups including the media and politicians and determine the actions and policy which the public will accept, usually with regard to the treatment of marginalised or minority groups. Thus, in order to be able to bring about change to policy and sentiment, one needs to first change the underlying beliefs, or narratives, which are collectively believed within controversial issues.

WHAT IS MEANT BY STRUCTURAL CHANGE?

When an issue exists because the structure of a system – the entrenched processes, policies and behaviours within an institution, for example – is set up to create or exacerbate that issue, any action is taken which fails to reach and change the elements of that system, will be ineffective at truly resolving the issue. Usually, these structural issues are either caused or fuelled by narratives that assist in justifying structural system defects. Take, for example, the arrest of individual police officers in response to the outcry over deaths of black persons in custody. The arrest of an individual will address a symptom of the problem, but not resolve the broader issue, as the entire enforcement system contains processes and practices which ensure that black persons remain overrepresented in arrests and are treated more harshly. These processes and practices are built upon a false narrative that black persons are inherently more dangerous or criminal (Smiley & Fakunle, 2016).

It is at these times that structural change is the only real solution – getting to the root of the issue within systems, including false narratives, and overhauling those narratives and defective elements. In systemic change, we aim to create sustainable and scalable impacts where governments, enterprises and civil society must own the implementation of the change, and sustain it. Defective narratives, processes and practices must be replaced with enabling and positive ones.

Narrative change happens through a wide variety of actions, taken by numerous actors, which then combine to shift the dominant story those in the population receive, internalise and act upon whether that be consciously or subconsciously.

While single organisations are capable of running effective campaigns and initiatives to achieve incremental change, one organisation is not capable of quickly countering a government and media-wide narrative push, and achieving the above-mentioned objectives, alone.

In order to achieve real, lasting and impactful narrative change, multiple organisations within and across sectors need to work in tandem and in alignment to dismantle the current narrative. Effecting real change will require the alignment of multiple voices, stories and platforms from multiple sources, to shift perceptions that people hold, which shape and impact their values and decisions.

Incidentally, noting that many CSOs have low operating ratios, with many having staff numbers between one and nine full-time employees and many are also reliant on volunteers (including from corporate partners and other businesses), sector-wide collaborative efforts can assist CSOs to create for themselves a more harmonious environment to work (i.e. a society less abrasive towards CSOs) and create a more welcoming environment for their minority-group clients, without having necessarily large amounts of capacity.

Intra-sector collaboration includes the linking and sharing of information, resources, and capabilities within organisations and the joint taking of action and movement amongst organisations within the same sector, to jointly achieve an outcome that could not be achieved by single organisations in that sector.

Within this, alignment is about ensuring that the actions taken (as listed above), and decisions made with individual and collaborative efforts, support the overall goals of the organisations and the sector: in this case narrative change.

Thus sector alignment is about collaborating and communicating in a way that includes checks and balances to ensure that individual organisations and collective efforts are making decisions and taking steps that will indeed aid the sector to collectively move towards the envisioned narrative change. In this way “alignment” is characterised more as a verb – a constantly occurring action, rather than a noun or a “state of being aligned”.

These types of collaborations are difficult to create and sustain. Designing and implementing effective intra-sector collaboration is daunting, but if the infrastructure is put in place and the commitment from each organisation is there, the rewards can be immense.

Sector collaboration should first be planned, to ensure alignment of purpose, goals and methods between CSOs/partners. The parameters of the collaborative effort should be defined and an agreement set in place to govern respective and combined actions. The steps to be taken by each organisation/partner separately and both organisations together should be elaborated and execution details set down.

Measurement of result and any budget details should also be covered, and the plan should be reviewed with appropriate feedback mechanisms in place.

Joint or separate efforts towards the end goal (in this case narrative change) should then be executed per the plans agreed upon, with a steering committee put in place if the efforts are likely to be extensive and/or sustained, to ensure that risks or issues with execution can be ironed out and guidance can be sought when challenges arise in executing the agreed-upon initiatives. Continued measurement as per below is encouraged to ensure that alignment to purpose and objectives is sustained.

Alignment can be measured in many ways but one method which is suggested is the use of scales. Easy-to-use scales can be created for each strategic goal – in this case change of narrative overall or steps on the way to change of narrative (as per, for example, the Winning the Narrative Theory of Change in the Winning the Narrative project, accessible via the Narrative Lab project section). These scales should measure the contribution to the goal the collaborative effort will make. For example, for narrative change, the scale might look like this:

Each scale will need to be constructed on its own merits but the above gives a starting point from which interested parties can depart. It’s also a good idea to have an “independent expert” do the scoring where possible. If that’s not possible, you can always have an expert review answers for reasonableness. This will help in the collection of more consistent and unbiased data.

Mandatory detention of asylum seekers who arrive unauthorised in Australia is a measure that was introduced in 1992 and has attracted significant controversy over the years, alongside the media and the Australian Government’s persistent inferences that asylum seekers are illegally seeking access to Australia. In recent years Australia has placed asylum seekers in offshore immigration detention centres in Nauru and Manus Island, including children, where conditions are substandard from a health perspective.

While concerns have always been expressed by many, including lawyers, advocates and members of the medical profession over the format, length and humanity of this form of detention, this was particularly the case regarding the detention of children in Australian Immigration Detention Centres.

As cases emerged of children and adult detainees requiring urgent medical attention not accessible on Nauru, numerous litigation matters were commenced by law firms in the Federal Court of Australia. Starting with a single case brought by the National Justice Project (NJP) in February 2017, by the end of 2018 over 50 injunctions had been filed in the Federal Court by lawyers across Australia, all founded in tort law and the Minister for Home Affairs’ duty of care (Talbot & Newhouse, 2019).

This litigation led to the evacuation of hundreds of individuals from Nauru and Papua New Guinea to Australia and subsequent intra and cross-sector aligned collaboration ensured that this approach expanded to become the eventually successful #KidsOffNauru campaign. As the court cases gained significant media attention, the Australian Medical Association and doctors commenced publicly raising their voices on the issue and the Asylum Seeker Resource Centre, the Refugee Council of Australia and World Vision Australia then joined forces to spearhead the #KidsOffNauru campaign to have children taken off of offshore detention. After significant cross and intra sector work done collaboratively, the final children left Nauru in February 2019.

Narrative change towards great support and acceptance of CSOs and their clients via aligned, collaborative sector movement and action could have the added benefit of building a basis from which non-governmental actors could forge a new path towards being more active in policy formation and change, including linking with the government to break down policy silos and work together towards holistic outcomes, and between government, business and NFP sectors to access the range of resources necessary, or utilise resources differently, to generate policy solutions (Barraket 2008; Allen Consulting Group 2006).

Obviously, this outcome would be tremendously beneficial in that the value that CSOs can provide in assisting to resolve issues using their entrenched knowledge, experience, and proximity to vulnerable populations would be recognised, more desirable outcomes achieved both for CSOs and the most marginalised in society, and CSOs and communities would feel more involved in decisions directly affecting them, rather than having to “make do” with decisions made by out-of-touch government silos.