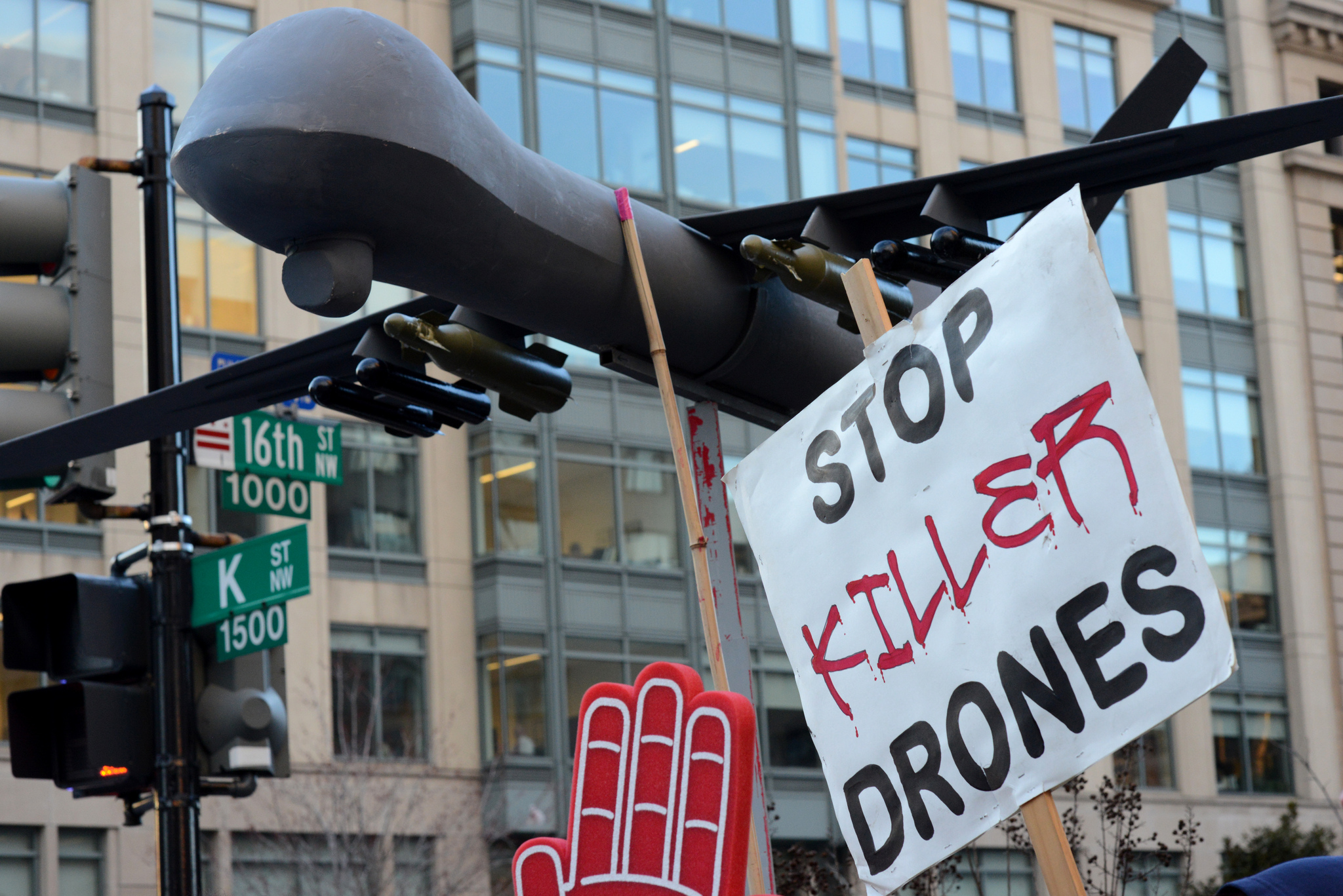 European countries have begun operating military drones or have expanded their operations in the field. Some have developed their own ad hoc programmes and policies while others are involved on different levels in US or international operations; for example, by contributing logistically or technically to the US programs in different countries where armed drones are involved and strikes operated.

As we saw in our previous analysis on the spread of drone strikes, over the past eight years the US has widened its activities and the Obama administration made the use of armed drones in war and non-war scenarios routine. Strikes have also escalated in number and scale as did the network of drone warfare and the countries involved in it.

Chris Cole, founder of the British NGO Drone Wars, has been analyzing the use of armed drones for years and has also focused on how European countries are now adopting them.

The UK, France, Germany, and Italy are the European countries that operate drones the most and are the most deeply involved in drone warfare. Cole and Drone Wars have been monitoring their role in order to track international developments.

“In terms of armed drones, I would have to say that the UK is the most advanced as it is the only European nation currently using them,” says Cole before adding “but a lot of other European nations, particularly France and Italy, are increasingly deploying the technology.”

At the end of 2016, the United Kingdom announced the purchase of 10 new Reaper drones, which increased the existing national fleet to 20 units. According to a Drone Wars analysis, from April to June 2016 there was an increase in the number of anti-ISIS strikes conducted by UK drones in Iraq and Syria; in addition, with a total of 31 drone strikes June 2016 was the most active month so far. Drone Wars has also published a full report about the involvement of the UK in drone operations against ISIS from 2014 to 2017. According to the report, 22% of the total 726 airstrikes in Iraq and Syria conducted in 2016 were carried out by UK Reaper drones. For Cole, the UK’s use of armed drones poses similar accountability issues to US operations:

“I do not think UK drones are operated with enough accountability or transparency. The government will not say, for example, how many UK Reaper drones are engaged in operations against ISIS, or where the UK armed drones are based. We are not sure, therefore, if some of them are operating elsewhere. The UK refuses to say for ‘national security reasons.”

Together with the UK, Italy is the second European country to get approval to arm its drones from the US. US approval arrived in November 2015, but according to Chris Cole it is unclear whether the Italian drone fleet already carries missiles: “I am unsure if Italian drones are armed yet. We know that they received permission from the US to arm their drones, but we have yet to see any information about whether this has happened.” Cole says that this could still be due to a technical issue: “It may be that they need new aircraft capable of launching missiles. If so, it may take them a while to acquire as they will need to wait their turn to get aircraft off the production line. I was hoping Italian campaigners would be able to find out more information about this.”

According to Drone Wars’ analysis, Italy currently has 9 Predator and 6 Reaper drones. Italy uses them for different purposes. For instance, they flew over Libya in 2011 during the operations that led to the fall of Muammar Gaddafi’s regime. Italian drones were also used for surveillance activities over the Mediterranean sea in the context of the “Mare Nostrum Operation” and the Eurosur information-exchange framework to monitor migrant flows to Italy and coordinate rescue operations. Besides its own drones, Italy is also involved in US drone programs and since February 2016 US armed drones have been allowed to fly from the Sigonella naval base in Sicily to conduct anti-ISIS strikes in Libya and other countries. The role of Sigonella in US drone operations is undocumented and little scrutinized. According to an investigation published by the Italian weekly L’Espresso in late 2015, Sigonella is set to become a major node in the drone warfare network as much as the German base of Ramstein.

In this, Italy and Germany are playing a similar role within US operations, says Chris Cole, although their civil societies have responded differently to the political and ethical implications: “Italy and Germany have also been contributing to US drone operations with the involvement of military bases located within their territories. In Germany, this has sparked protests and requests for more transparency. In Italy, however, the role of Sigonella is less clear and little has been disclosed. How do you evaluate Italy’s role in this context? Sigonella is a very important drone base and we need to do much more research on its role.” As opposed to Italy, in Germany the involvement of bases and facilities located within the country has sparked protests and legal actions. Germany also has its own fleet of drones–either produced by German manufacturers or leased from Israel–operating in Mali and Afghanistan. The potential appearance of German armed drones appears to still be on hold and the country will get new drones by 2025.

France is also among the most active European countries when it comes to drones. The country has a fleet of 5 military drones and has been flying them since 2014 in the context of the French-led Operation Barkhane in the Sahel region to fight terrorist groups in countries such as Mali, Burkina Faso, and others in the region. French drones are unarmed and used instead to support and complement other military aircraft. France will acquire more drones as well and enlarge its fleet by 2019. Another interesting development in the coming years regards the building and manufacturing of European drones in order to decrease Europe’s dependence on US and Israeli technology.

“European countries, in my view, have more or less taken the decision that it is not economically viable to try to replicate the current generation of drones as both the US and Israel are well ahead of them; so, for the current generation of technology, European countries are looking to the US and Israel to acquire drones,” says Chris Cole.“However, they are at the same time trying to compete with the US and Israel (and China) in developing the next, more advanced generation of drones with both the UK and France co-operating and a number of other European nations seeking to develop the nEUROn advanced drone.” Moreover, Italy, France, and Germany signed an agreement in 2015 to jointly develop a military European drone to be operational by 2025.