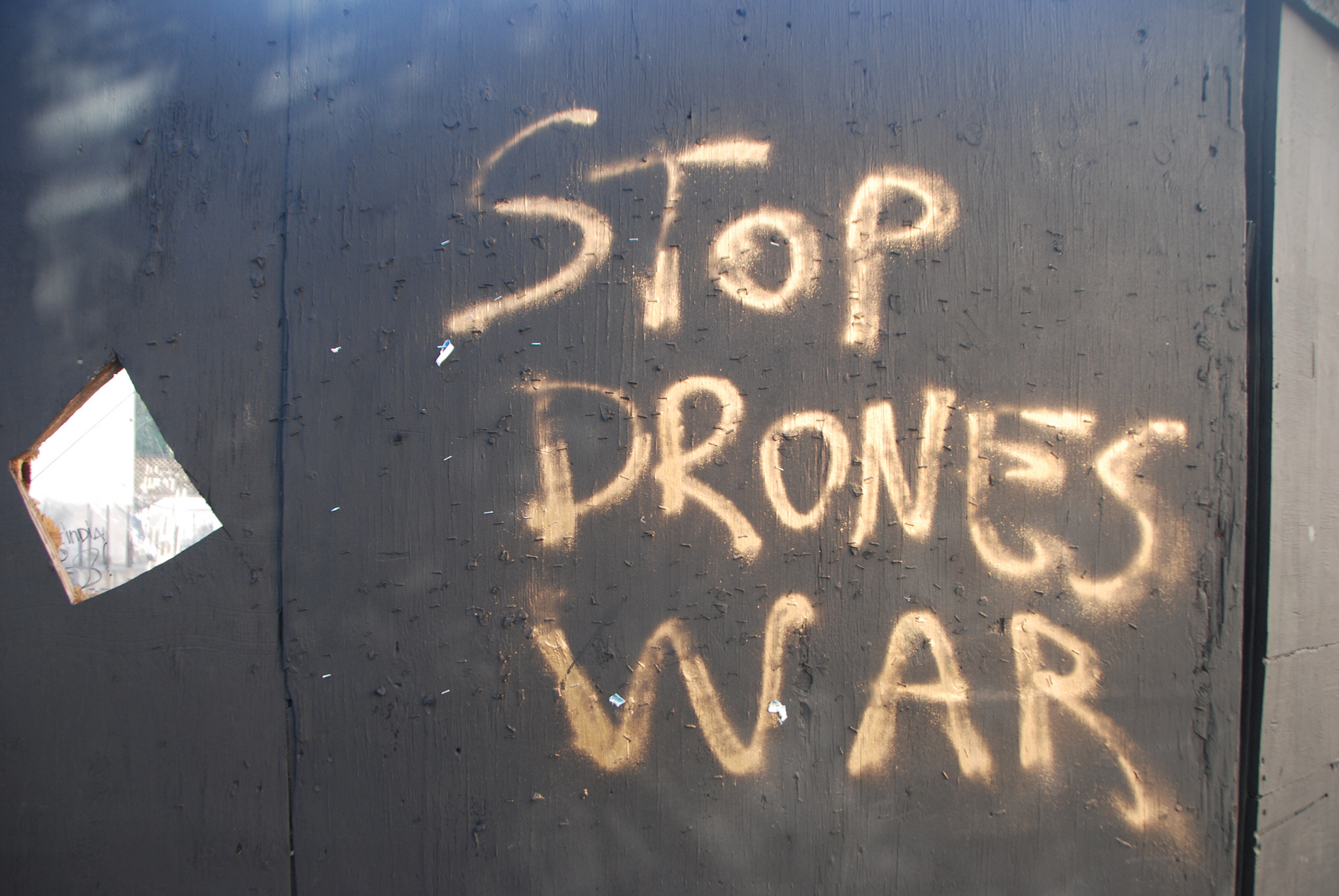 Contemporary US drone warfare and assassination program have always taken place under a disturbant veil of secrecy and lack of transparency.

Despite claims of his being “the most transparent administration in history”, Barack Obama has failed in providing substantial transparency and details about its drones operations. It was only on July 1st this year, at the beginning of the 4th of July weekend, that the White House finally released its long-waited figures concerning the number of victims involved in drones strikes. According to the three pages report, which only shows aggregated figures, CIA and US Army drone strikes have killed between 64 and 116 civilians between 2009 and 2015. The total number of strikes sums up at 473 and between 2372 and 2581 “combatants” were killed, according to the report, that is available here.

Since 2009, the Obama administration has expanded widely the operations with drones in territories like Somalia, Pakistan and Yemen, where no official wars are declared. According to data published by The New York Times earlier this year, the number of strikes has increased from the 50 ordered by George W. Bush to the approximately 506 occurred in the Obama years (473 according to the aforementioned new official report).

Although drones have progressively become a de facto strategy and the weapon of choice in contemporary US warfare, these numbers should be taken into account solely as a way to estimate the progressive escalation of the drones strikes over the years.

Having a clear and precise estimate of the number of strikes and victims comes with a bigger struggle: the one for accountability.

Despite the good sign that The White House has finally started releasing information concerning drones operations, figures are at odds with those released in the past years by different NGOs and journalistic investigations. The London-based Bureau of Investigative Journalism, for instance, has conducted a years-long investigation on the covert US drones operations claiming that its own figures about the number of civilian killed are six times higher than those released by the White House this month. According to the Bureau, between 380 and 801 civilians were killed in drone strikes.

The New America foundation has also collected higher data: according to its database, between 129 and 161 civilians were killed in Pakistan only during the Obama years. The Long War Journal, instead, estimates that at least 207 civilians died in Pakistan and Yemen in the same time span.

Among them there is also the Italian Giovanni Lo Porto, who was killed in Pakistan in a US drone strike while held hostage by Al Qaeda militants. Lo Porto had been kidnapped in 2012 while working in the Pakistani city Multan for the German NGO Welthungerhilfe. He died, together with the American Warren Weinstein, in a strike occurred on 15th January 2015.

On April 23rd 2015, Obama released a speech apologizing for the killings of Lo Porto and Weinstein; Italian Prime Minister Matteo Renzi was notified of Lo Porto’s dead one day in advance of Obama going public. The White House promised a full review of the events but a year after the death of Giovanni Lo Porto, very little details had emerged. Daniele Lo Porto, Giovanni’s younger brother, said to The Guardian that he felt abandoned by both the Italian and US authorities concerning the death of his brother.

The Washington Post has a clear infographic showing figures discrepancies between the latest White House report and other sources:

Jennifer Gibson, the lawyer who leads human rights organization Reprieve’s drones work, is concerned about the vagueness of the White House figures: “the numbers are hundreds off the lowest estimates given by independent monitoring organisations who have been tracking the strikes”, she said when reached for a comment for this article, “additionally, there was absolutely no context given to the numbers.”

“The Administration refused to break down the numbers by country or to give details on the dates of the strikes they believe incurred civilian casualties. The result is that it’s impossible to assess the government’s claims against those of independent monitoring groups. Nor is it possible for victims to seek accountability for the mistakes that were made.”

Reprieve has also released a report concerning drone strikes comparing official quotes about civilian deaths and number gathered by independent organizations. Also the way in which strikes victims are labelled makes a difference in how statistics are calculated. Thus, it is virtually impossible to analyze and determine the identities of those 2372 and 2581 “combatants” mentioned in the White House report without more detailed data or explicit methodology for death tolls.

“We know, for example, that at least until 2012 they were counting all military-aged males in a strike zone as ‘militants’ unless ‘posthumously’ proven innocent”, says Gibson, who continues:

”We also know from the ‘Drone Papers’ leak in October 2015 that in Afghanistan, they were labelling everyone as ‘Enemy Killed in Action’ unless there was ‘conclusive’ proof to the contrary. Both of those raise the troubling possibility that the US has simply re-defined the terms of the debate and in particular what it means to be a civilian. Reprieve’s own research seems to support this argument. We found that in multiple attempts to kill just 41 high value targets, the US instead killed over 1100 other people. On average, each high value target reportedly ‘died’ three times, lending support to the argument that a significant portion of the time, the US really doesn’t seem to know who it is killing. The intelligence is that poor.”

In late 2015 The Intercept published “The Drone Papers”, a deep investigation on drone strikes sparked by a leak provided by a whistleblower who stayed anonymous coming from the US intelligence community who worked on the drones operations and programs. “The Drone Papers” provided further evidence of the role that digital surveillance and SIGINT play in how targets of strikes are identified, tracked and hit in Yemen and Somalia.

In 2014, former NSA and CIA Director Michael Hayden said “we kill people based on metadata” referring to the drones operations. For Jennifer Gibson:

“Metadata doesn’t give you the context you need to determine whether someone is a civilian or a combatant, a requirement under international law. As we saw from the Snowden leaks, someone who’s metadata looks suspicious because of the people they’re meeting could simply be a journalist doing his/her job.”

Talking to The Nation for a recent feature about the role played by the US base in Ramstein, Germany, in the management of drone strikes, Brandon Bryant, a former Air Force sensor operator involved in US drone attacks said that the entire process of launching a drone strike is created “to take away responsibility, so that no one has responsibility for what happens.”

Despite the new Executive Order issued by the Obama administration together with the report on the drone strikes in order to establish better guidelines for civilian death prevention, it will be virtually impossible to verify whether those guidelines will be effectively be adopted: citizens, activists and journalists need greater and actionable transparency in order to fulfill a proper watchdog supervision.

“True transparency and accountability require more. They require not just the numbers claimed, but also the definition of who counts as a civilian, the legal framework governing the strikes, and the procedures for investigating mistakes afterwards. More importantly, the numbers must be accompanied by detail, such as strike dates and locations, so that we can being to assess the claims. Only then can we put faces to the bodycount and only then can we truly begin to grapple with the question of who it has killed and whether it has made us any safer.”

Philip Di Salvo is a researcher and a journalist. His research interests include digital whistleblowing, digital security in journalism and the relationship between hackers and reporters. He is currently working on his PhD dissertation at Università della Svizzera italiana (Lugano, Switzerland), where he also work as editor for The European Journalism Observatory. As a freelancer, Philip works mainly for the Italian Wired magazine and other publications.