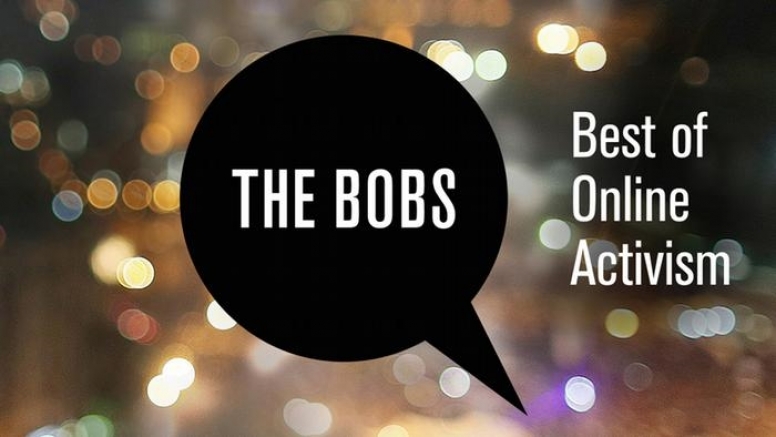 For more than 10 years, the Deutsche Welle’s Bobs Awards have been celebrating the excellencies in worldwide digital activism.

A celebration of online activism

Since 2004, these prestigious international awards have acknowledged and celebrated the work of bloggers, activists and journalists who defend the free exchange of ideas, freedom of expression and human rights through the Internet. This is the only international awards for online projects that is held in 14 languages, bridging cultural barriers and showing us just how much the progressive expansion of the World Wide Web has to offer in terms of social engagement.

#TheBobs16: and the winners are…

This year at #TheBobs16, the awards were given to projects regrouped in 4 macro-categories and 14 linguistic categories, spanning from Arabic to Ukrainian.

An international jury has named the campaign “Stop Acid Attacks” (from India) as the winning project in the “Social Change” category, with the goal of helping acid attacks victims come out of their situations of marginalisation and speak out.

The public has awarded a prize also to the project “Hass Hilft”, created by the German organisation Exit and aimed at reintroducing into society former members of neo-nazi parties. This new and innovative online campaign has raised more than 10.000€ to start initiatives such as asking online users to report content flaggable as “hate speech” and donating 1€ for every reporting.

In the field of positive and proactive use of technology, the jury has given the award to an app called Gershad, designed to help Iranians escaping the control of the moral police in the Islamic Republic. The app allows users to signal the position of agents, alerting citizens of their risk of being questioned.

The audience award went to the work of Ramy Raoff, an Arabian expert in digital security and privacy.

The jury award was given to a project called “Center for Political Beauty”, whose goal is to organize protests with both artistic and political value; their work reached the interest of the public with a series of very important initiatives on the refugee crisis and the damage inflicted on human rights by border-related policies.

The public gave its award to Bangladeshi photographer GMB Akash.

The jury decided to give the award to the documentary Razor’s Edge, through which one of the many Bangladeshi bloggers who have been victims of violence for their political stances tells the story of their persecution by Islamic fundamentalists, talking to all the people who call for a separation of Church and State.

The public awarded Vahid Online, the Telegram channel  through which Iranian journalists can still spread independent and free information.

In Arabic: a youth-oriented information portal.

In Chinese: a media monitoring platform on gender issues.

In English: Open Migration, our open and transversal information project on the refugee crisis.

Our most heartfelt thanks to #TheBobs16 (and to all of those who voted for us) for such an important acknowledgement for our initiative. We’ll see you in Bonn for the award ceremony!