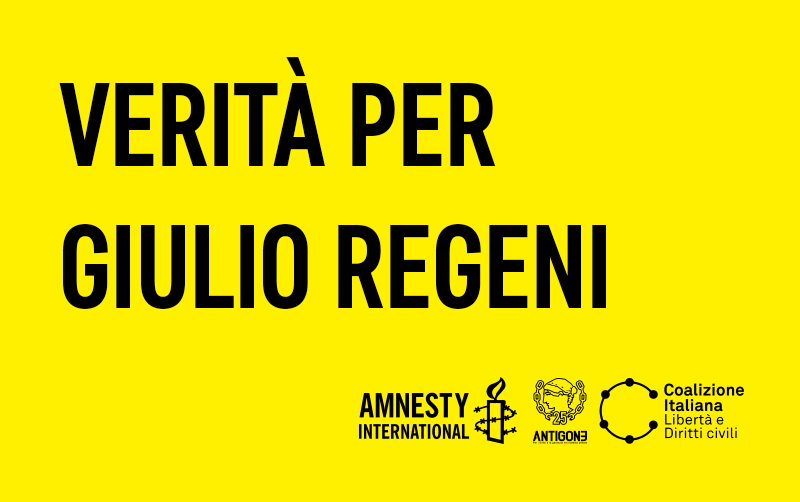 The associations Amnesty International Italia, Antigone and the Italian Coalition for Freedom and Civil Rights (CILD) have expressed their gratitude to the Serie A and Serie B Italian Football Leagues for agreeing to display the banner of the “Truth for Giulio Regeni” campaign in stadiums across the country during the matches from April 23 through April 25.

In their joint statement, Antonio Marchesi, president of Amnesty International Italy, and Patrizio Gonnella, president of CILD and Antigone, pointed out that “Considering the examples that football executives, athletes and supporters have given in the past, the world of football confirms its importance once again by joining our plea for a swift and thorough investigation into finding out the truth about the torture and murder of young Italian researcher Giulio Regeni in Egypt.”

Even though some doubts may be expressed by teams or individual players, the three associations called for the possibility of the initiative taking place in every stadium with adequate exposure and visibility for the public in attendance as well as viewers at home.