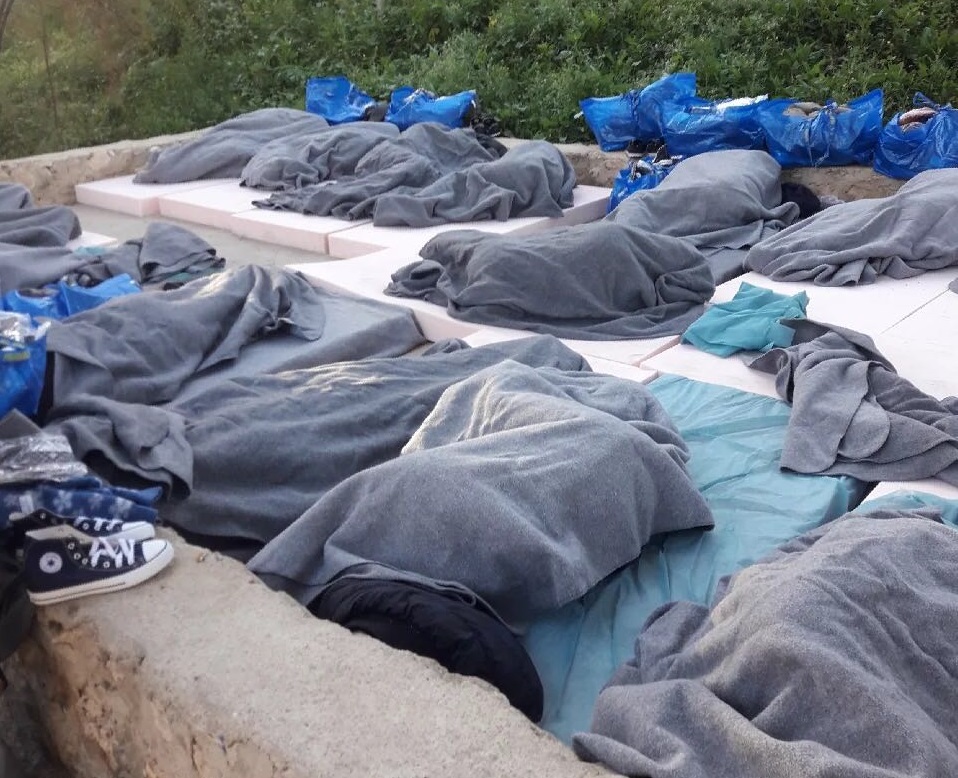 Dramatic living conditions and systematic violations of human rights: that’s the situation discovered just days ago inside of the Lampedusa Hotspot by a delegation of lawyers, researchers and cultural mediators from our Coalition , the Association for Juridical Studies on Immigration (ASGI) and Indiewatch.

“Our delegation found that there are no canteens in the hotspot. The food – to be eaten in the room or outside – is of very poor quality. Squat toilets have no doors and mattresses are dirty,” stated Gennaro Santoro (CILD) and Giulia Crescini (ASGI). “There are difficulties in formalizing applications for international protection and no residence permits are issued to asylum seekers. In fact, applicants cannot leave the island and are forced to live in the hotspot for several months. This, despite the structures were designed as places where to take pictures of the migrants and collect their fingerprints within 48 hours after a disembark, a time span that can eventually extended to a maximum of 72 hours.”

The impossibility to leave the island exasperates the condition of the guests; in fact, as asylum seekers, they could potentially move freely on the Italian territory. However, the failure of the public administration to issue residence permits for asylum seekers causes a serious violation of the right to self-determination, free movement and personal freedom. Moreover, defense lawyers cannot even access the structure in order to communicate with their clients.

“The complete inexistence of personal security is particularly worrying,” explained Santoro and Crescini. “In fact, it causes a serious breach of fundamental rights which is even worse if migrants belong to vulnerable categories such as minors (either with their parents or unaccompanied), who are forced to live with adults, mostly males”.

At present, 180 people are hosted in the center. 165 of these are single adult men. Each guest can freely enter all the housing units, which are located one next to another and have no security system to control who can enter and who can’t.

All guests sleep in large rooms where only mattresses can be found, there are no wardrobes, nor tables or shelves of any kind. All the guests’ belongings are kept on beds. The mattresses are made of a thin layer of foam rubber, often damaged and in poor hygienic conditions. There are almost never sheets, and when there are, they are made of paper and are replaced after weeks, when they are clearly and irreparably damaged.

“We found a child and her parents who were accommodated for several days in a corridor with other single men. The woman reported that she had been the victim of an attempted rape by another guest of the structure. The daughter, who was present during the attack, had a sort of panic attack due to anxiety and fear. For the next two hours, the child was unconscious until she was finally taken to the medical facility inside the structure,” said Gennaro Santoro and Giulia Crescini.
The same child along with her mother were injured in the last few days during clashes between some guests and the police, who intervened after a fire was started in the center.

“In view of these facts, we have formally requested to the competent authorities to immediately transfer some families and other vulnerable individuals (women, unaccompanied minors and sick people) to suitable structures. To the present date, we received no feedback from the contacted authorities,” added Santoro and Crescini.

The dramatic situation that the delegation found in the hotspot is the same that was reported by Mauro Palma – the National Guarantor for the rights of persons detained or deprived of liberty – just a few weeks ago. Thousands of people transit from the structure every year.